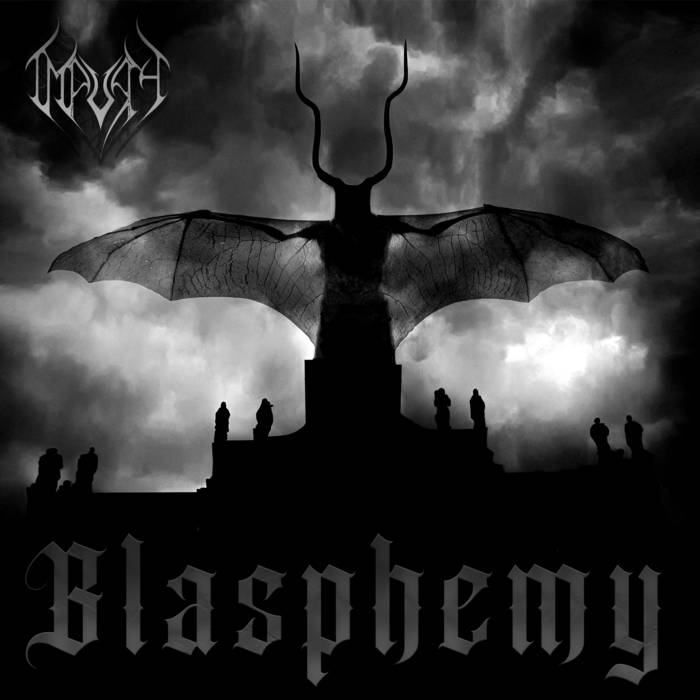 The young band Impure from Breda, The Netherlands, releases their first feat with this self-released EP/demo. With ‘Blasphemy’, the five-piece band presents itself as a Black/Death Metal band and despite the fact that the chosen band name and EP-title do not sound very original, they try to make up for it musically.

The four songs pass by in a good quarter of an hour and offer a wide range of musical ideas and wild creativity that seems to come from different metal sub genres. The vocals go from a somewhat raw grunt to a more screaming one, the tempos go up and down, some solos and leads pass by and also some typical Thrash hooks seem not to be shunned by the band. The short passage of slow plucking in the closing track even offers a hint of some dark Black Metal atmosphere. When you listen to the EP a couple of times, some things fall into place, but at first and mostly it sounds like a bit of ‘a lot of everything’ and it seems that the band has some trouble determining the musical course. Maybe each band member has had his say musically and that’s why it lacks cohesion, or maybe it’s a conscious choice by Impure to create a hotpot of everything they like. For the listener it is just a bit of how you look at it, you can see it as creative originality or a lack of consistency and coherence.

Considering the young age of the band members, the presence of good musical ideas and the decent sound (especially for a first recording), I certainly expect the band to be able to take the music a step further and will have more to offer. My suggestion to Impure is to try to determine a bit more of a steady musical direction and I definitely encourage them to submit their next recordings to VM-Underground.