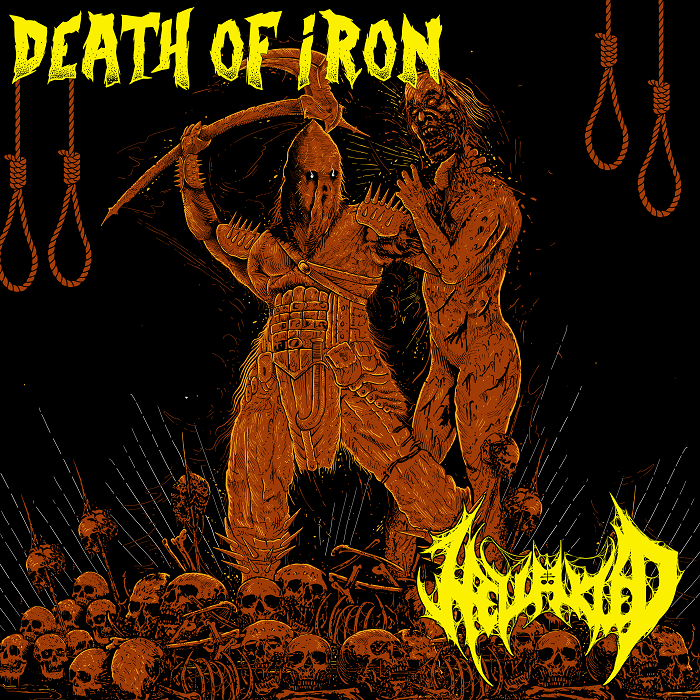 UK band Hellfekted have had a really intense break out year with numerous slots on kick ass shows, more eyes and ears on them than ever before and now, the icing on the cake is a brand new single release that sums up the bands lyrical inspirations and everything else their about their D.N.A. in just its name alone, ‘Death of Iron’.

Hellfekted play a solid brand of Thrash Metal laced with both Death and Black Metal influences. ‘Death of Iron’ is easily their most tight and cohesive effort to date, a monstrous slab of crushing Thrash/Death energy played at mid tempo for the most part but breaking loose into catchy head banging phases later on.

‘Death of Iron’ is six intensive minutes of darkened thrash power featuring insanely addictive guitar leads and brutal riffs, vulgar bass tones, harsh guttural vocal work and sledgehammer blow like drumming. On top of all that the cavernous production gives this a savagely heavy feel and is by far the best and most complete Hellfekted offering to date! (Marksson)