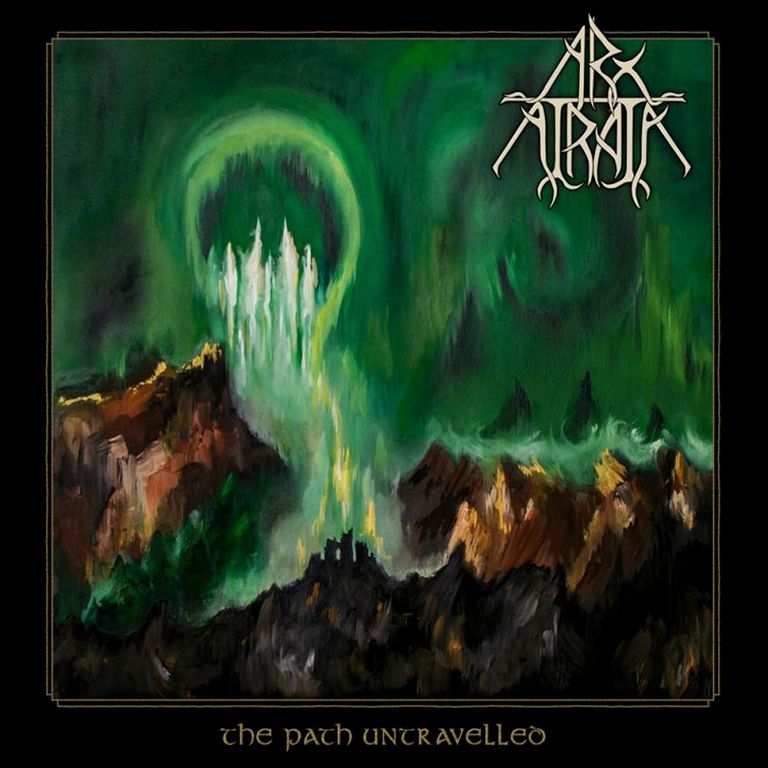 Hailing from Nottingham in the UK, Arx Atrata is a one man atmospheric Black Metal and ‘The Path Untravelled’ is the third full length opus to be released to date. It’s the artwork that will draw you in for this album. On first glance an indistinct blend of colour but on closer inspection a natural scene that leaves much open to be interpreted. For me there is a Northern Lights element to it. Musically this is a solid album, starting slowly and peacefully and building up methodically from ambient tones to darker, harder Black Metal. In terms of Black Metal though this isn’t a ‘heavy’ album, in fact I found it somewhat soothing despite some excellent faw vocal work. The riffs blend well with the synth work though and that forms the core of this album’s pleasant, soaring atmosphere.

I didn’t find “The Path Untravelled” to be an album that grabs your by the face and demands you listen to it. In fact this is the type of album I like to listen to when reading. It flows really well, it’s well produced and performed and most of all I find it relaxing. Yet for all that the lyrical content is of a far deeper nature, ruminating upon topics of existentialism, as well as life and death. A dark, sombre album then with lots of twists and turns and a plethora of melodic interludes and tangents to keep any atmospheric Black Metal fan happy. (Heathen of the Horde)