Horrifier – Howl From The Grave [Demo] 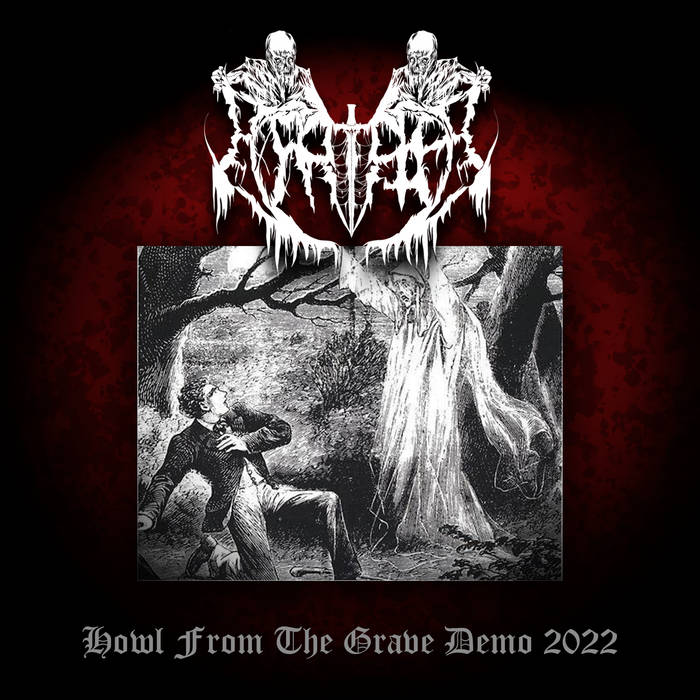 ‘Howl From The Grave’ is a low key sounding debut demo that fights through the murk and filth of lo-fi production to offer up predatory and visceral Death Metal with two speeds; slow and brooding putridity, and a faster style that marauds forth into battle to drench itself in viscera and gore. Horrifier themselves hail from the lands more commonly associated with Black Metal, but this Norwegian Death Metal quartet have no issue in slumming it within the detritus and filth of the Oslo sewerage system to create some truly horrific sounds. Thick, rotten sounding riffs are the order of the day, but beware the tainted meat from these grisly chefs. Their usual style is build through glacial guitar leads and drumming that rises to crescendo, before unleashing volley after gore soaked volley of putrescence and savagery, with a few guitar solos thrown in for the sake of showing off. If you’ve got it, flaunt it! That is apart from short track ‘Braindead’, which is just an exercise in frantic brutality for the sake of it, and why the hell not? That being said, the demo isn’t all voided bowels and gore; ‘Kandarian Rites’ takes the demo to horrific and ancient places of brooding Death Metal ferocity, before the band close things down with ‘Hooks in Flesh’. A mightily powerful and effective debut offering from these Oslo death merchants. Keep your ears sharp for more Nordic butchery!