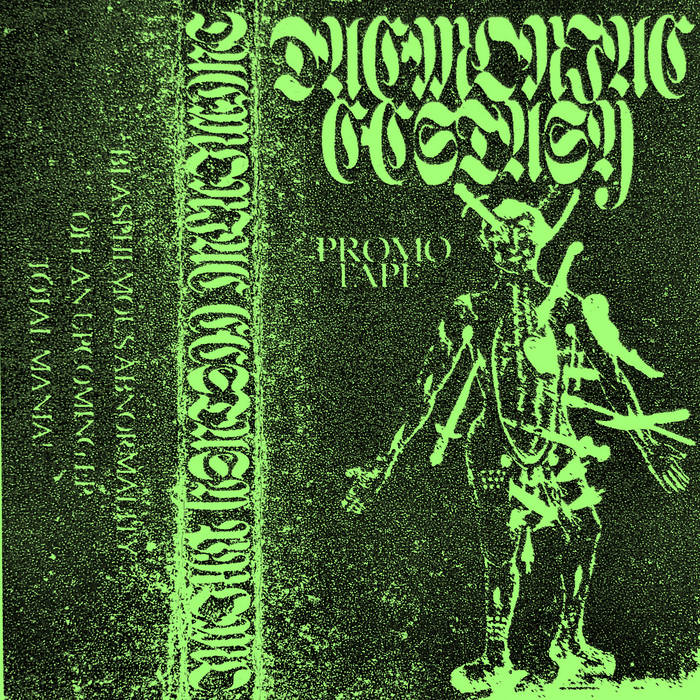 Having been quite impressed by the ‘Crescendos Of Ululation’ demo-tape from earlier this year, I now throw myself at this 1-track promo, simply christened ‘Promo MMXXII’. This promo was released in an undisclosed number of copies and can be obtained via the contact form on Daemoniac Ecstasy’s Bandcamp-page.

This sole track on the tape, ‘Blasphemous Abnormality’, is a lot rougher and rawer in nature compared to the material on ‘Crescendos Of Ululation’, leaning more towards somewhat Raw Lo-Fi Black Metal. What made the first demo so special was the eclectic use of keyboards/piano pieces, which formed a mesmerizing contrast against the raw Black Metal riffs. That well-crafted contrast is again put into play by C.H. (Coryn H. Wood), the musician behind this act. However, the much rougher sound of the guitar and also the somewhat more primitive riffs now provide an even clearer and bigger contrast. The result is an excellently exciting and fantasy-driven song that ends in a one-and-a-half-minute Dungeon Synth-like soundscape. Again: highly recommended. (FelixS)