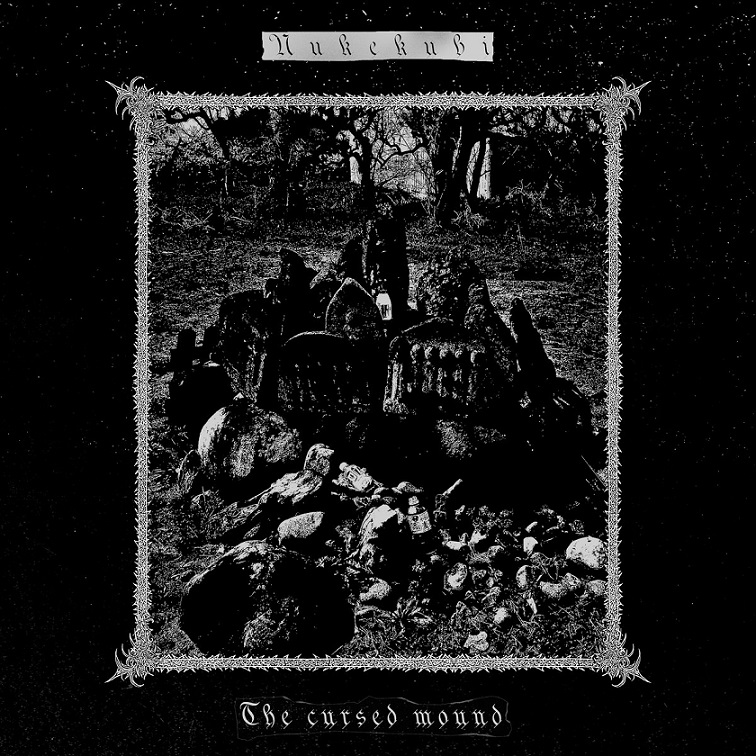 Nukekubi is another newcomer to the Raw Black Metal scene of late, which has been bearing many fruits, some not so great and others that are more akin to a resurgence of the Black Metal underground as a whole. Nukekubi definitely fits in the latter.

“The Cursed Mound” is the project’s third demo so far, and it continues to trail its path in a quite unusual territory for western musicians. That being the one of Japanese culture and folklore.
An interesting choice, since it’s somewhat normal to see Eastern bands tackling western themes, but not the other way around.

The demo opens with a very Dungeon Synth-y intro, “Shitai”, which also employs traditional Japanese musical elements. Something which we’ll see again when we reach the interlude and closing tracks.

But aside from these more atmospheric parts, the actual meat in the bone here are the fast and bleak Black Metal tracks. Which despite the muffled and distant production work contained here, it conveys very well a familiar and cold feeling one would get from some Finnish bands.

The guitar work sets the tone quite well throughout the whole duration of the demo. The fast tremolo picking in the faster songs like “The Curse” or “Fog on the Pond” are like walls of sound that are complemented by the audible bass lines. However, the highlight goes to “Mound”, a slower track that builds up a desolate and even hypnotic feeling into the listener mind.
Where the all the instruments work cohesively together with the vocals into a song that could even work in a spoken word version, but the Black Metal vocals here are a part of the ghastly aura this particular song has.

Nukekubi is definitely a band to keep your eyes out, especially since the three outings we’ve got so far are all pure quality. Here’s hoping for a full length to come out soon! (D.F.)