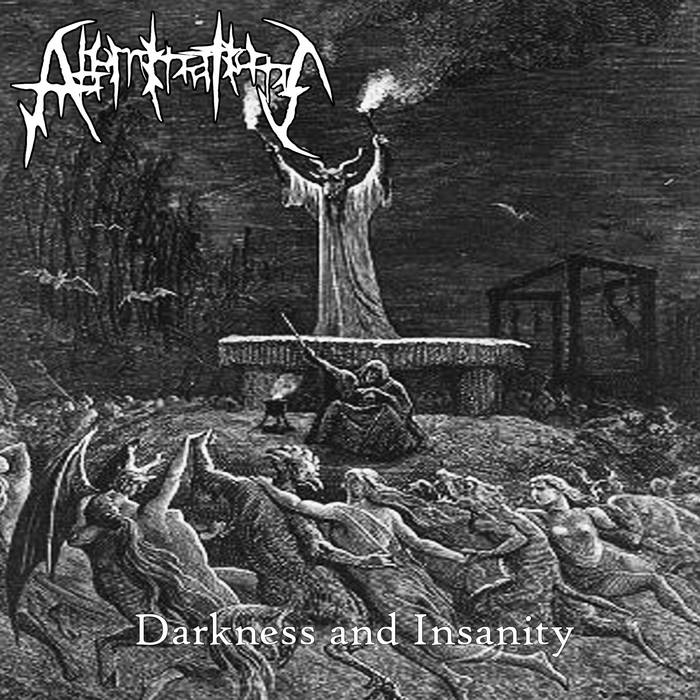 With releases like “Abominations of Desolation” by Morbid Angel or “Severe Abominations” by Treblinka, it’s clear there are couple of bands with the name “Abominations”. Yes? You’re certain as well? 100% positive? Well, isn’t that cute…but it’s wrong!!!

This is the only Abominations and this one man band has its origin in Germany. Sole member Void tries to combine Incantation like Death Metal and up tempo old Impaled Nazarene (“Tol Cormpt Norz Norz Norz”-era, you know…with the poetic “fuck fuck fuck fuck fuck fuck fuck fuck fuck fuck…”)and added some subtle atmosphere. Dark atmosphere of course. And I have to say, I’m intrigued. The vocals are the fitting 7th lairs of hell growls to enhance the massiveness of Abominations, but I think you would already expect that because of the Incantation tag. The track “Darkness and Insanity” is a bit different and has an Ancient Rites “Diabolical Serenades” vibe going on.

At the end you can expect a cover of Bathory’s “Call from the Grave”, of which I’m not really convinced of. I would like to give Void a huge compliment to cover such a great track, but the low growl doesn’t do justice to the track in my opinion. Still, if I put that aside, it’s a good cover ofcourse. It’s not like it’s all that great which Void is providing, but without noticing I’m pushing repeat for the third time. It definitely has “something”. For me it proofs one thing; cool demo!