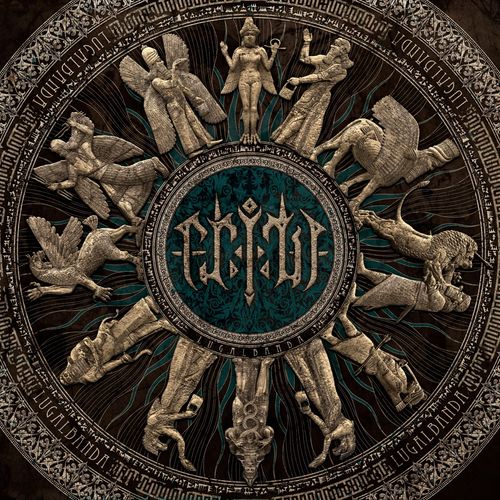 Eridu, one of the oldest If not the oldest Sumerian city. Eridu from Germany aren’t that old (formed in 2017) but feel inspired from these ancient culture. Their sound isn’t ancient at all. Modern production, modern elements, sometimes familiar, sometimes fresh.

“Lugalbanda” is their first record and immediately a good start. Sumerian themes aren’t new in Metal but, at least to me, a fascinating subject. I’ve always been attracted to ancient cultures so this might work If you do too. Besides that, the music has to be good, and Eridu managed to write a nice Blackened Death Metal record that combines the variation and atmosphere of Melechesh with the power and brutality of Behemoth and the Thrash Metal in the vein of The Haunted. Interesting isn’t it? You can try for yourself, check out tracks like “Enmerkar” or “Slaves of Eridu” and you know what I mean. The atmosphere created is coherent to the lyrical theme and a huge plus. “The Cavern” for example starts with a clean guitar, before blasting apocalypse goes down, a different track from the feeling compared to the previous 2 but equally strong If not better, reminding me of later Blaze of Perdition to a certain amount. The chants the band integrates are killer, like in “Herald of Heaven”.  Excellent leads and melodies can be found throughout the album build a nice mix between brutality and heavenly moments. Even tribal Arabic rhythm are included, like in “The Siege Of Aratta”, one of the strongest songs on the record, having an epic atmosphere, technicality/progression, groove and heaviness. Each one gives 100% on its instrument and never too much. The vocal department is versatile and simply amazing.

“Lugalbanda” is an album that is homogenous and in the same time varies a lot and keeps the record interesting. Each track can stand alone. Different elements from Black and Death Metal as well as some Thrashy ones and some tribal arabesque parts are woven into an interesting construct, not shy to incorporate unusual elements to enhance the experience when necessary and go prog to a certain degree. Eridu are a great discovery and a band I can easily recommend. (DPF)