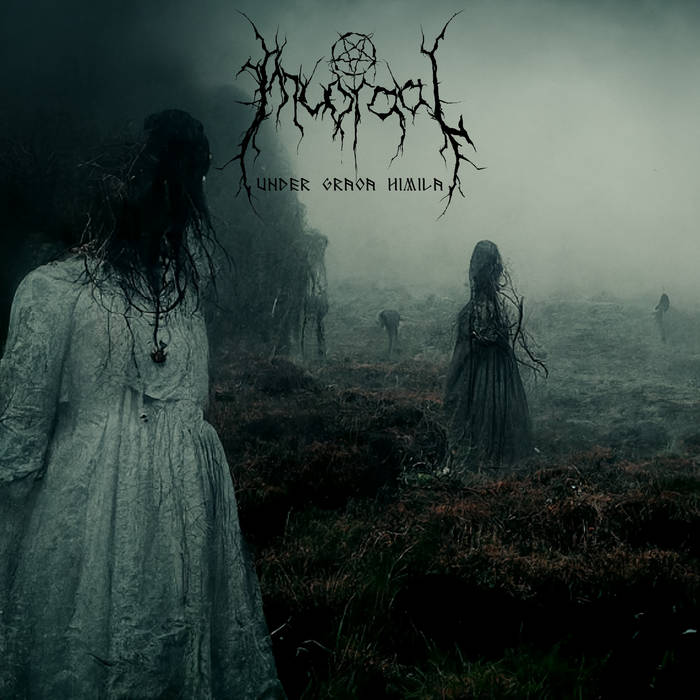 Dutch duo Loscimat & Hirut of Doom Metal bands Angmodnes & Apotelesma have branched out to start a new Black Metal project called Muorgal. Based in and recorded in Utrecht, their debut EP ‘Under Graoa Himila’ is written in Old Dutch and tells the story of a lost traveller who wanders aimlessly through haunted moors and is greeted by the spirits of the dead, spirits who demand blood. Muorgal play with a bleak, intensive and grinding savagery. Sporting a growling vocal attack that would suit a Death Metal band but still fits well in a Black Metal environment, the band also boast a dominant sounding bass onslaught that meshes well with a thundering guitar lead approach as well as an aggressive drumming display. The overall end result in terms of sound is a gruelling affair, darkness radiates from this EP like a plague. And when Muorgal aren’t battering down your door with their own brand of savage nocturnal aggression, they are slipping under your skin with brooding melodic interludes. A very powerful debut offering overall and one that promises much more for the future. (Marksson)