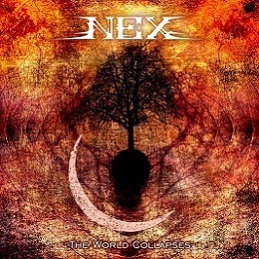 Now this is an album that took me by surprise. This is how its done! These Polish boys have perfected a combination of Death Metal and atmosphere without sounding cheesy. The low tuned guitars work so well in the groovier moments in this album. For a self-released album, I am blown away completely. I see big things for these guys if they stick to it and don’t fizzle out like a lot of bands do. If they do disappear into nothingness, at least I will have this gem of an album. Wow!

This is not run of the mill death metal. This a work of a culmination of different death metal, and extreme metal styles done so perfectly that I am quite convinced that this will be in my top albums of the year, although the album was released in 2018.

When people think of Polish Death metal they always try to compare it to Behemoth. Not these guys. They have created something very fresh and pure. There is not one thing I would change about this album.

According to Metal-Archives, this was only independently released on a 300 cd limit. These guys deserve a record deal with a great label that will promote the hell out of this album. I cannot overstate how good this album is. I would like to choose stand-out tracks, but all the tracks are so damn well executed. Everything has its place and nothing overstays its welcome. These boys know what its all about.

If I could choose one album to listen to for the rest of the year, this will be it, no question! If there was ever an undiscovered gem, this is it! Well fucking done! (Pazuzu)