Nothingness – The Hollow Gaze of Death 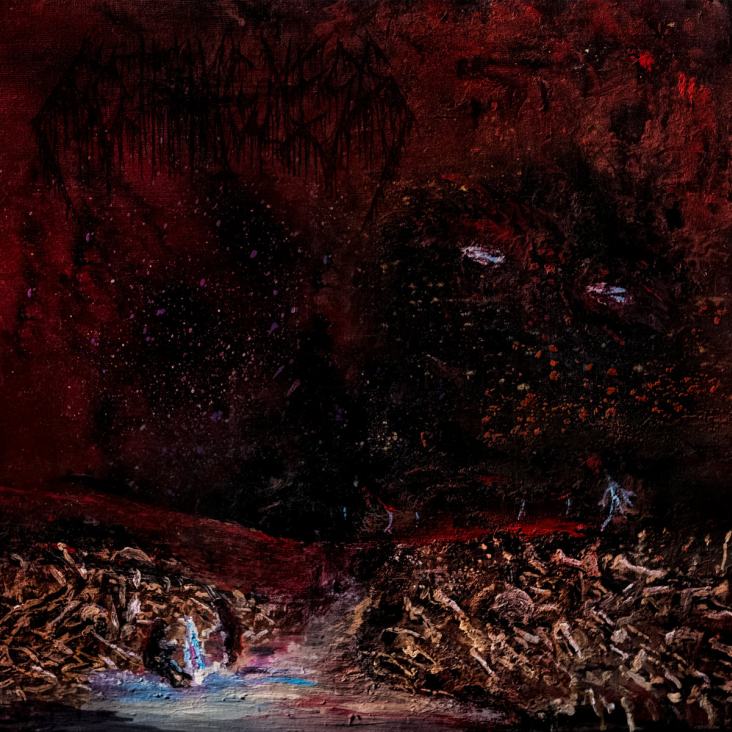 Trio, now quintet based out of Minneapolis, MN, these guys went past the demos and gave us a prime debut to have for our listening pleasure. This album features Barclay Olson (vocals), Alex Walstad (guitars, bass), and Jason Hirt (drums).

Artwork done by Brian Hoffman of Odd Luck Artwork which for an album comes off a bit on the dark side especially with a blended in logo which if you’re able to make it out (top left corner) almost seems like it’s an optical illusion, but from the artwork itself it’s from a perspective of being trapped in a cave with two slivers of light you think is a sign of hope, but in reality it’s settling in that impending doom is drawing near, suffocating your existence.

Seven tracks (37:17), every song is structured to give you a taste of Death Doom, drizzled with some unexpected beautiful melodies to add a nice touch. The production is polished and great use of reverb, giving more spacious ferocity and intensity to Olson’s vocals that tend to shift in pitch throughout the album. First track “A Cycle Unending” relentlessly puts you in a hypnotic state with well executed melody that almost makes you feel melancholy while also triggering premeditated revenge for those who’ve wronged you in the past. “Abyssal Woe” is their shortest track, with a thrashy opening riff that instantly transcends to a dissected breakdown assisted prominently by Hirt’s drumwork, with Walstad’s backup being higher in pitch harmonizing with Olson’s lows really create a primal chemistry that works together along with Walstad’s guitar work. Another track to point out that highlights melody being used is the opening (0:00-0:18) to “Adorned With A Crown Of Contempt” reminiscent of a Schuldiner (RIP) solo. Lyrically, it’s my favorite off this album; “To dread the end is to miss the point of the present.

Throughout the album, just the lyrics alone feature themes of death and self reflection. It’s not everyday I come across albums that emphasize these points. So prone to typical death, torture, gore that it’s refreshing to come across bands like these guys who really take the time to not only orchestrate the music aspect of making this album, but to creatively think of lyrics that genuinely reflect the music being made itself. It’s a fucking outstanding outcome and needs to be heard. Highly recommend for Death Doom lovers that wanna jam something of the newer years. Someone please sign these guys, so much potential going on here and it will progress to something more. (Tori Belle)