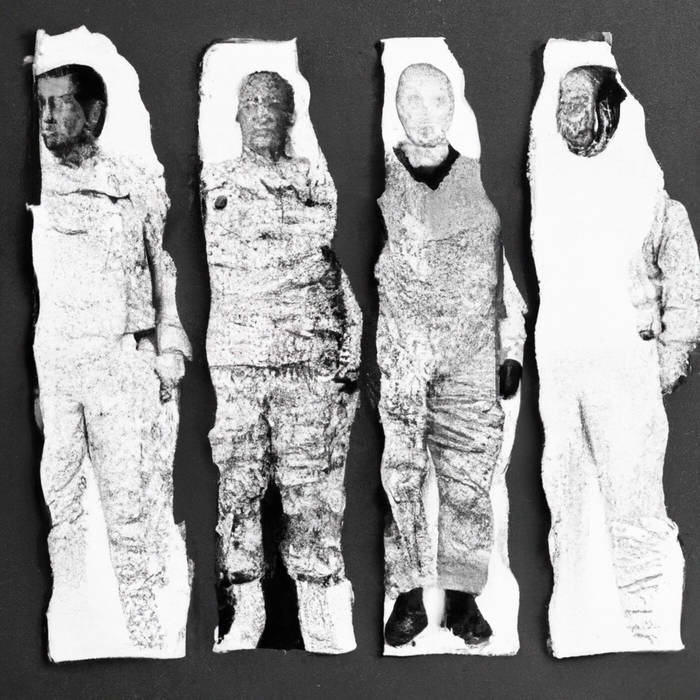 Another interminable wait for a new Poisonous Reflection release. Following their Christmas Day offering of ‘Demo II & More’, the UK’s Blackened Punk/Noise duo took some time away to reflect and recuperate following a heavy year. They finally returned three whole days later with something a little different; a one track album that is entirely instrumental and lasts for just shy of an hour. The band describe this album as a bout of claustrophobia in musical form, so now its my turn to throw around some suitable adjectives to describe it.

This is a real test of endurance, not only for the listener but for the Poisonous Reflection boys too. A whole hour to have to concentrate and perform with no breaks, that’s tough going. As you might expect, this track goes through phases, starting with a fast, simple Blackened Punk stage that has a resounding bass tone, low key riffs and a simple but marauding drumming style. From there comes a prolonged period of Ambient, slightly abrasive noise before progressing yet again into a lo-fi bout of gruelling, symbol happy drums and harsh riffs as the Black Metal element really takes hold. About half way through there is a series of slower, intensive and grinding riff patterns that really test the quality of your speakers, before another gruelling noise section that starts off like a furious wasps nest before slowly decreasing in volume and intensity. What follows this is a more cohesive, catchy style of Punky Black Metal which takes us tot he end of the hour before the song fades out with some good old fashioned reverb drenched noise tones.

I really like this, and the length of time that it spans actually makes vast parts of this quite relaxing in a weird kind of way. but ask yourself, how many days until the next Poisonous Reflection release?