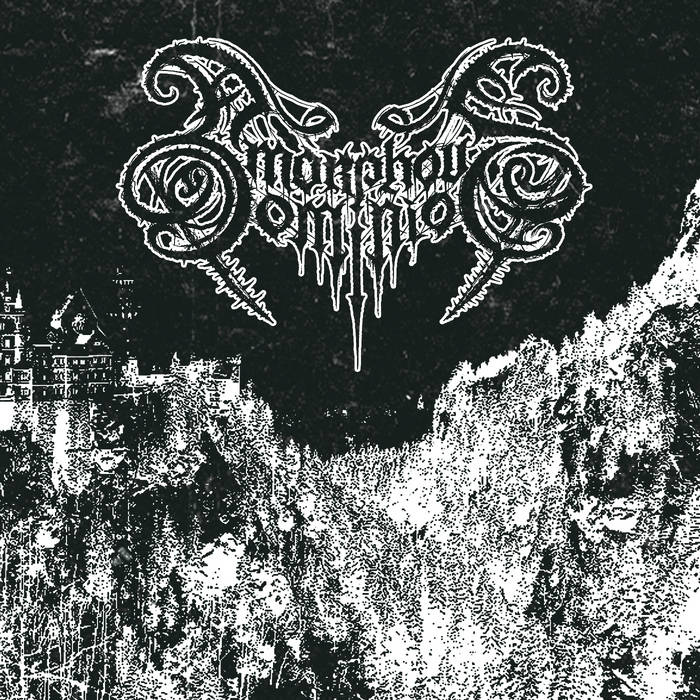 This Bangkok, Thailand based Black Metal band Amorphous Dominion started in 2018 from the spirited soul of ‘Sunrize Eclipse’, who after some time realised that he could only realise his black visions when he would ask some like-minded people to join him. He found them in the persons of ‘Winterpath’ and ‘Lux Aeterna’, together they recorded this demo at the end of last year, which saw the (un)light of life this year.

This demo, simply called ‘Demo 2022’, contains two long tracks with what the band themselves call “Siamese Atmospheric Black Metal Holocaust”. I have no problem with that name, but for the sake of convenience we can also just call it very European sounding Black Metal (quite the mix of fast Swedish and Norwegian melodic Black Metal to be more precise). What strikes first is that this demo sounds surprisingly good and that the two songs are played with passion and skill. That certainly benefits the music, the style of pretty fast Black Metal that is interlarded with melody and atmospheric parts can quickly get bogged down in an inextricable mess. Despite the length of the songs (the first clocking in at almost 12 minutes and the second at 9), none of them sound lifeless, there is enough dynamics in the drums and the band comes up with enough interesting melodies. The production is clean, but also has enough rawness to let the spontaneity and purity of the music flourish. As far as I’m concerned, this is absolutely no shapeless reign, but rather one that leaves a solid first impression.