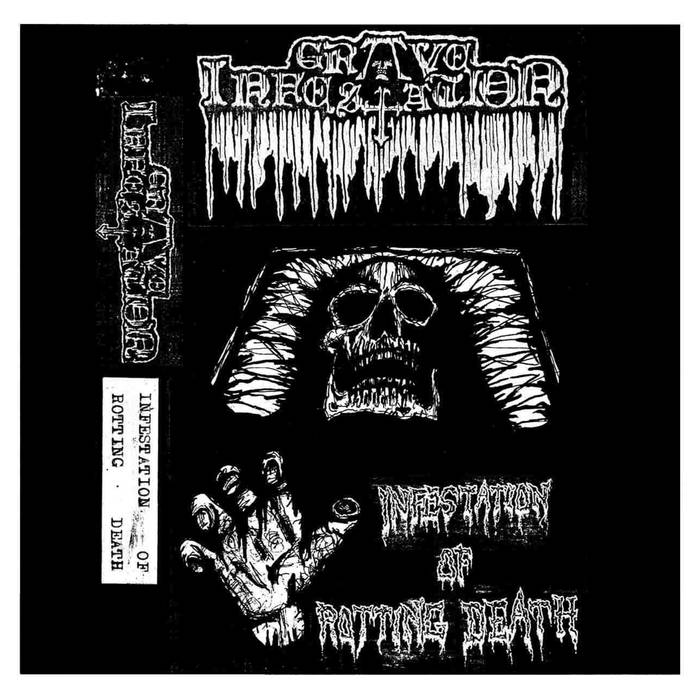 Why fix something that isn’t broken? Grave Infestation just continue vomiting their filth like they did on their first demo “Infesticide”, which was well received by the zines with taste. Hey, even we gave it a very positive review!

On “Infestation of Rotting Death” you will hear everything you have heard on their first demo; Old School Death Metal in the vein of Autopsy, the old Swedish Death Metal scene and Repulsion which shows with choosing “But Life Goes On” of Entombed as a cover song. Besides an outro and the aforementioned Entombed cover you will hear 2 songs which both beholds the power of sounding beautifully disgusting. Who said everyone from Canada are “just nice”? (Ricardo)