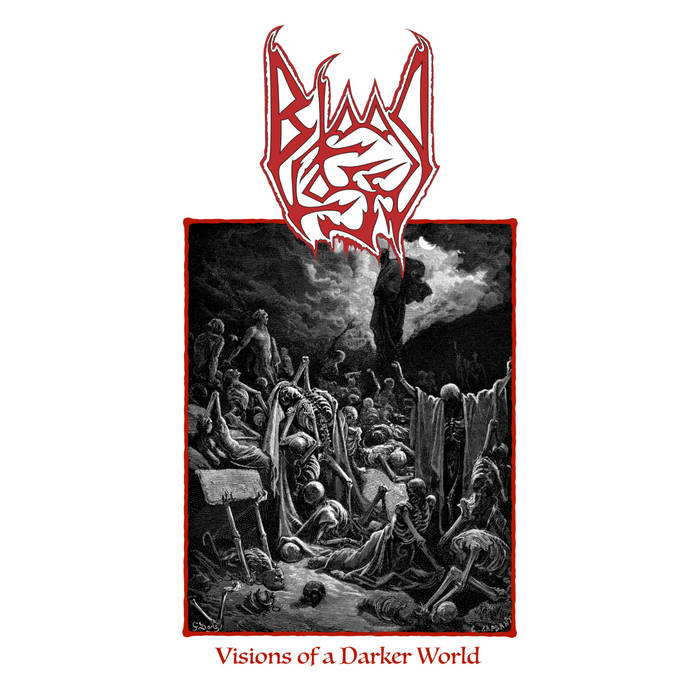 With only their 2021 demo and a 1-track promo (an Asphyx cover) under their belts, this young American squad is already coming up with a new demo, ‘Visions Of A Darker World’. This was my first introduction to the band, but judging from the band photo with a sweet little white dog in the arms of one of the band members, I didn’t know what to expect.

Maybe it was for fun, or pure intentional misdirection, but this is not sweet-little-white-dogs kind of music. It really isn’t. This is Death Metal in a pretty smooth and typically American kind of fashion. The previously recorded Asphyx cover doesn’t change anything about that. Without flirting with hyper speed or blast beats, the pace is still predominantly fast and this demo makes for a pleasant listen. The sporadic (atonal) solos and the slightly technical riffs show solid musicianship and this is also reflected in the songs, which are also skilfully put together. Vocalist Gavin Wessel’s nice deep but somewhat dry grunt fits in just nicely as well. Although perhaps not really ground-breaking or of the highest level, this is a very charming demo that, compared to the many demos (and sometimes even label-released full lengths) that pass my VM-Underground desk, certainly scores well above average.