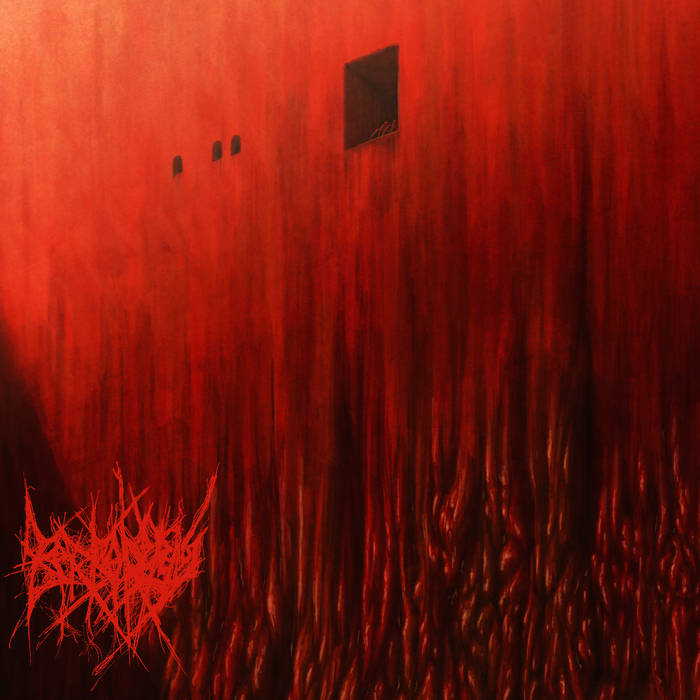 The first thing to note about the debut EP from Dayton, Ohio based Death/Doom quartet Borboropsis is the jaw dropping artwork by Suguru Tanaka which is pretty breath taking in its use of colour, its simplicity and its horrific undertones. As mentioned, ‘Decorticated Burial of Delirium’ is the bands first offering and has been independently released on CD, as well as put out through Scum Lord Records on CD. Consisting of three tracks, the EP opens with ‘Echoed Winds of Corporeal Derangement’, an unsettling offering that puts together slightly off kilter acoustic guitar tones, with deep, gruff riffs, furious bombastic drumming that increases in urgency and feral cavernous growls that are buried slightly in the mix to give the stark, ice cold riffs more room to dominate. As the tracks nears conclusion its takes on an increasingly despairing melody, tinged with brief bouts of chugging, catchy guitar and drum combinations.

There is an oppressive desolation about this Ep and that unsettling, darkened mood continues into ‘Transmute Miseries of the Solemn Halls’ who bleakly poetic lyrics belie the monolithic, crushing intensity of the monstrous drumming display and thundering finality of the riffs. Once more the vocals rise up out of the abyss in anguished growls whilst all the while the steady rumble of bass keeps the teeth in your head rattling with its energy.

The EP is brought to a shuddering, grinding conclusion by the ten minute ordeal that is ‘Decortication / Delirium’; a track which attempts and succeeds to convey the terror of mental fragmentation and turmoil through gripping, hostile musical output. This is a stunning debut EP; from the first time you see the artwork, through to the opening notes that proliferate such an uneasy feeling deep in your soul. Never does the malevolent introspective intensity waver, and nor does the skill in both musicianship and songcraft that Borboropsis wields like a weapon. A final note on the last track; the band have a measured, calculating sound, and yet during the last track the band break out into a furious rage of gnashing vocal work, blazing riffs and a Blitzkrieg of aggressive drum tones. That sums this EP nicely really; a musical adaptation of a mental breakdown under the incessant forces of turmoil and depression.