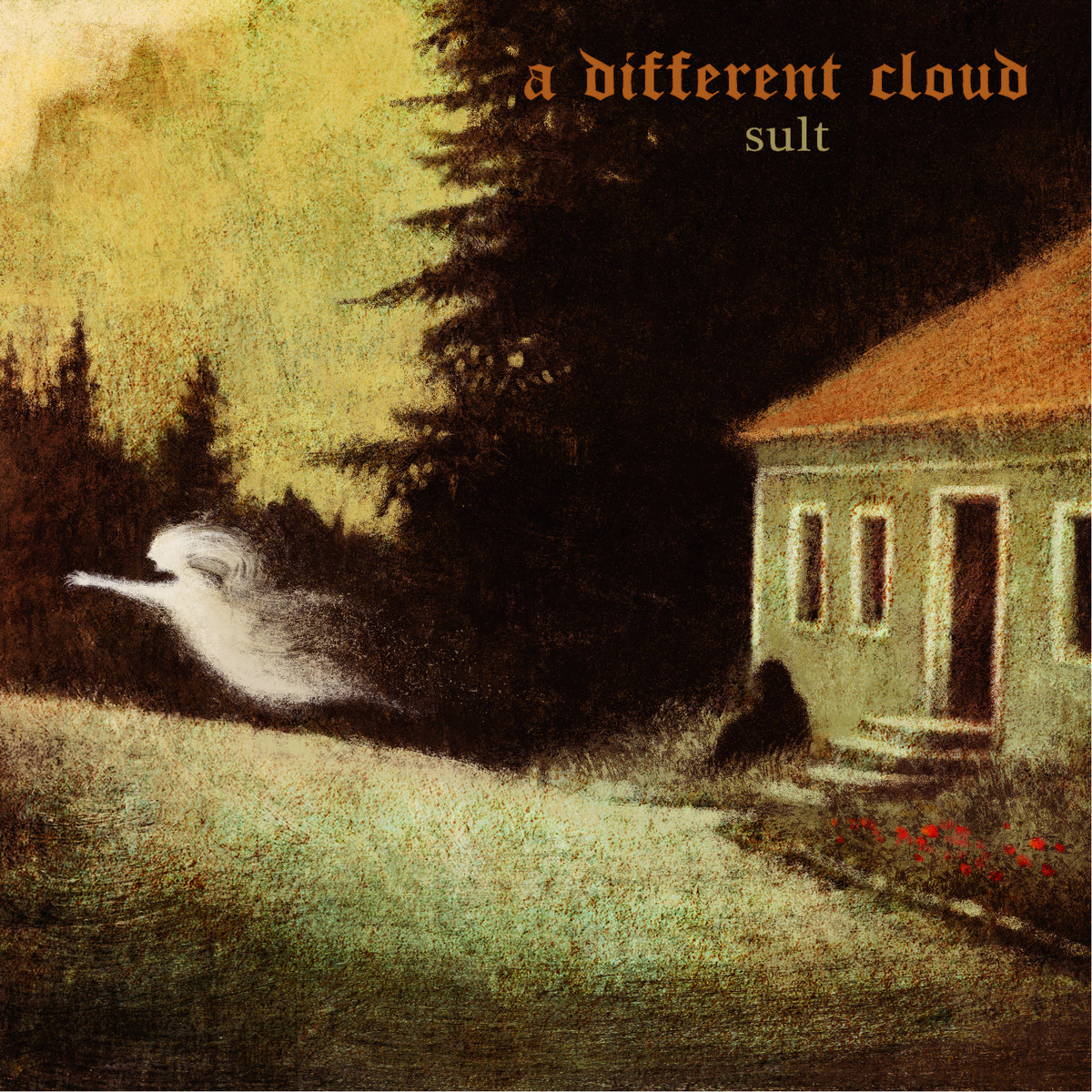 A Different Cloud is the solo project of the Polish artist Demian, but other than that not much is known about the band. What is known is that with ‘Sult’, the first album of the project is released.

When I saw the album cover of ‘Sult’ it somewhat reminded me of the debut album of the Ukranian band Drudkh, ‘Forgotten Legends’, and it appears the comparisons don’t end there. The music we find on the A Different Cloud debut is heavily inspired by Drudkh, and opening track ‘The Source’ even starts with a hooting owl, something that the opening track ‘False Dawn’ of aforementioned Drudkh debut also starts with. And throughout ‘Sult’ we find a very heavy and predominant Drudkh influence, which focusses mostly on the more pacey style of ‘Forgotten Legends’. In the more mid-tempo sections, such as in the song ‘The Star’, the music also sounds a lot like ‘Autumn Aurora’ and ‘Blood in Our Wells’. I do find that the guitar sound and riffs have a little bit of an Alcest feel to them, fitting quite well with this style of atmospheric Black metal. And accordingly, the four tracks (‘Cosmogonist’ is an ambient closing track) are all rather lengthy, emphasizing repetition of entrancing riffs to create the atmosphere.

What is obvious is that Demian does well to approach the sound Drudkh, and I think people that adore the style will want to give this album a listen. However, some disclaimers must be added. To craft something so intricate as the Drudkh albums doesn’t come overnight, and it’s clear that A Different Cloud has some ways to go before they are on the same level. The music on ‘Sult’ doesn’t manage to quite captivate nearly as much as their Ukranian inspiration. Musically it’s soundly performed, but it’s all much less proficient, creative and adventurous. The sporadic melodic solos are nice, and the guitar riffs themselves are good, but certainly at times it feels as if the album drags on too much.

‘Sult’ is a decent debut album and has some good tunes. Obviously the band is heavily influenced by Drudkh, but that shouldn’t deter anyone to give A Different Cloud a listen. Although I personally hope that Demian will take A Different Cloud a bit further away from their main inspiration on future albums.