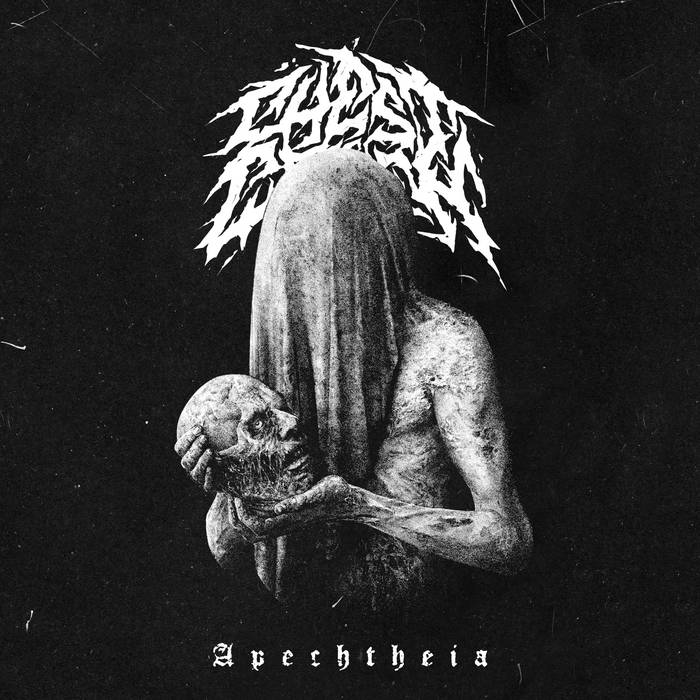 We all have those moments when we know we need something, but none of us is quite sure of what that might actually be. Sometimes we discover ‘that’ on our own and sometimes it finds ourselves sooner or later. The new Chestcrush EP – aptly titled ‘Apechtheia’ (as far as I’m familiar with it, the word stands for ‘enmity’ or plain put, ‘hatred’) found me in that manner. Well, to say it ‘found’ me is a severe understatement. I was crushed by it, and let it stomp over me a several more times. Being familiar with their previous album – ‘Vdelygmia’ from last year – I was convinced I knew what to expect. But this wasn’t it.

Scotlands Chestcrush have been making utterly oppressive, nightmarish mixture of Black and Death Metal since 2020 (at least that’s when we first got the taste of it on their demo) but considering the lack of proper information, it might have been years before it, so until now they have managed to build their disgust to abnormal levels – to some extent that is obvious in the lenght of their songs. Their full lenght ran for just under 29 minutes (divided into 9 songs) and their new EP runs for the same amount of time, yet it’s divided into three songs. From the opening of the monstrous first song ‘Misery. Decline. Death.’ When the slow(-er) nastiness drags you into darkness and continues to drag you through the ever speeding vortex of insanity (which it continues to do so for over nine minutes), when you land flat under the sound of ‘The Despiser’, a death metal anthem, which could make many of the forefathers of the genre blush because of a simple, yet incredibly effective riffing and insane drumming. It surrounds you with the gritty grime and after 8 and a half minutes, leaves you to the monolith closer ‘Repression’, which, although just a tad slower could sound like a relief after all the auditory hell of the previous two songs, but it’s most definitelly not that. This is mental hell in its truest and purest form.

I might have been sure of what to expect from the EP, but I most definitelly didn’t expect this. This is liquid darkness for your ears and brain and once you get a touch of it, it won’t let you go. Contestant for album of the year? You’re fucking right!