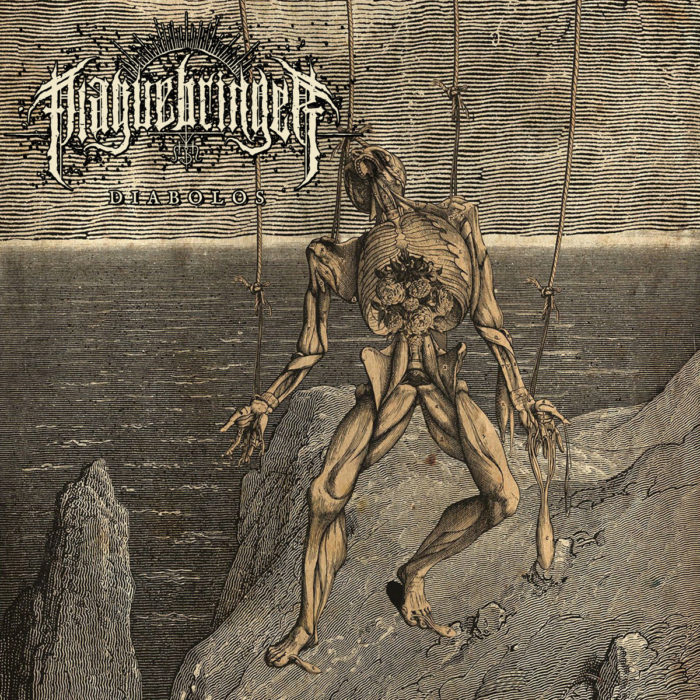 There are bassists and then there are bored guitarists who settled for picking up low end duties. In terms of Canadian Blackened Death Metal power house Plaguebringer, the former is true. Aaron Lang takes centre stage and rips tight solos with a flourish that can only be rivaled by the musicianship and talent of the rest of the band. Flanked by Aaron James and Roger Argeñal who crush on 8 and 6 string guitars, respectively, the melody is cemented with technicality and finesse. Hammering away on drums, seldom-seen but absolutely heard is Greg Smith who drives forward with all the thunder needed to keep the frenzied melodies crashing forward. Tying it all together, getting right in your face with blazing fast demonic vocals is Diaro Irvine who walks that fine line of having easy to hear lyrics without sacrificing evil auditory carnage.

With this release comes a new logo, and a slight change in sound. Formerly, Plaguebringer was slightly edged under the core heading due to embracing more technical riffs and breakdowns, but that image is being shed with “Diabolos”. Produced by Mick Kenney (Anaal Nathrakh, Motionless In White, Carnifex) the blackened aspect has become much more predominant than in previous releases while still remaining familiar enough to not ostracize long time fans.

Amidst the churning turbulence we are given brief orchestral lulls, crunchy bass work and frantic guitar solos. The compromise of speed and brutality is well executed and the musical progression of the group can not be overstated. Since their first release in 2014, Plaguebringer continues to evolve, experiment with multiple elements and deliver harsh rhythms and intricate riffs. This is one of the prime underground Canadian bands to continue to keep an eye, and ear on.

“Diabolos” is available as of February 6, 2019 and features detailed art created by Dwid Hellion of Integrity, which is based on anatomical drawings from the 1500’s by a man named Andreas Vesalius. (Kaje)