Choker of Strength – Haunted Apocrypha of a Dying Age [Demo] 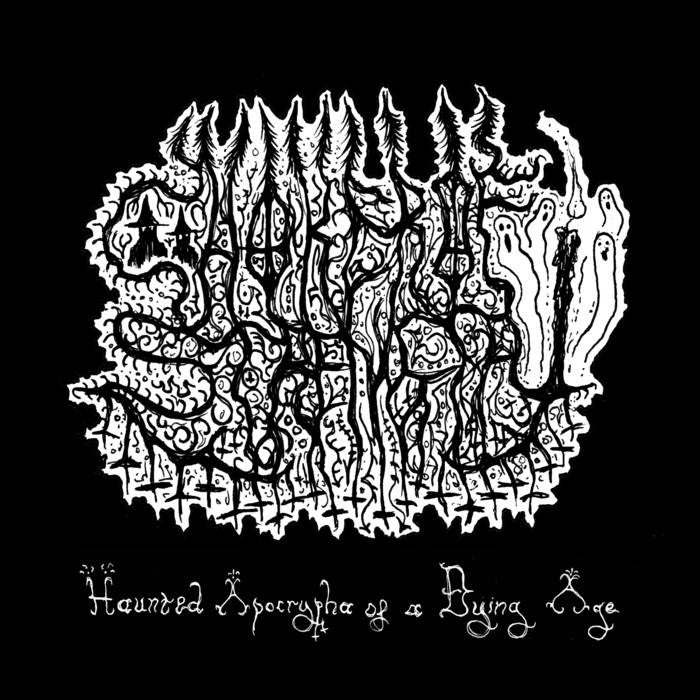 A brand new and highly secretive band coming out of the UK, Choker of Strength have unleashed a debut demo that glorifies Satan and his dominance over Mankind. Self-released as a digital only offering thus far, and entitled ‘Haunted Apocrypha of a Dying Age’, this reverb drenched and chillingly ritualistic and droning bout of harrowing Black Metal opens with the engaging and lurking tones of ‘Destroying the Realms of Men (‘neath the Brim of Satan)’ before moving onto the title track ‘Haunted Apocrypha of a Dying Age’ whose more aggressive and primitive sound harks back to early 90’s Black Metal through its simplistic approach of hyper-brutal blast beats, raw vocals and think sounding guitar leads. There is a stark contrast between the two tracks with the former giving off a far more ritualistic vibe, as well as being veiled in tropes of horror and gloom, whilst the latter is a more traditional lo-fi Black Metal affair. Whilst standing in contrast to each other though, each offering compliments the other well and gives this short demo a surging unbalanced atmosphere, unsettling, barbaric and grim!