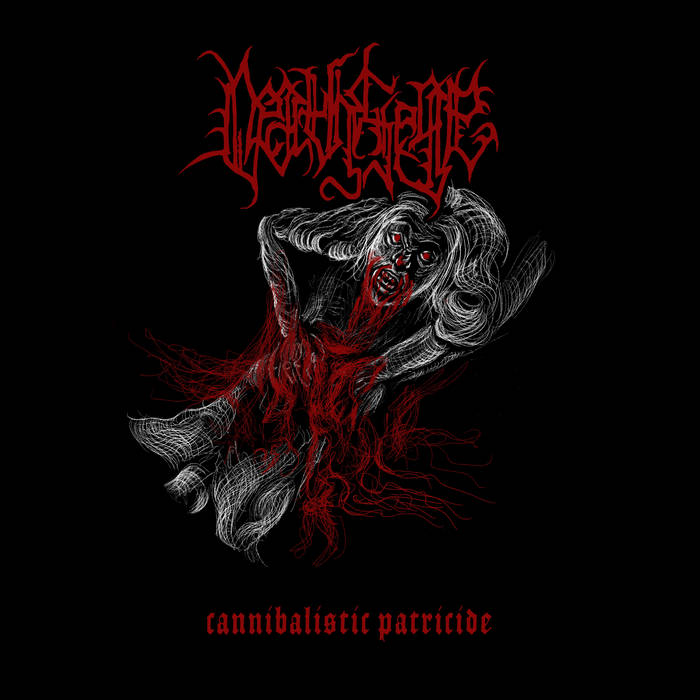 How much can you truly say about a demo only six minutes in length? I can tell you that back in 2019 Israeli Black/Death Metal duo A.M. and J.S. formed Deathsiege, and that their debut spawn is the appropriately named ‘Cannibalistic Patricide’ Demo, a demo in which this diabolical twosome churn out three short blasts of lo-fi filth ridden extremity that truly lives up to the bands moniker of Deathsiege, as it’s fast, savage and very much at home being linked to the War Metal scene. For six unrelenting minutes Deathsiege metaphorically lay siege to your ears with a sonic barrage of uncompromising drumming, ravenous foul sounding vocal shrieks, screams and growls and in your face simplistic and yet brutal riffs. There are even a couple of short horror movie audio clips if my ears don’t deceive me, consisting of ghastly moans and shrieks mainly. It’s a horrid little demo which I imagine was exactly the outcome that Deathsiege were hoping for, pushing the limit of your sanity with a miniature bout of hostility! (Luke Hayhurst)