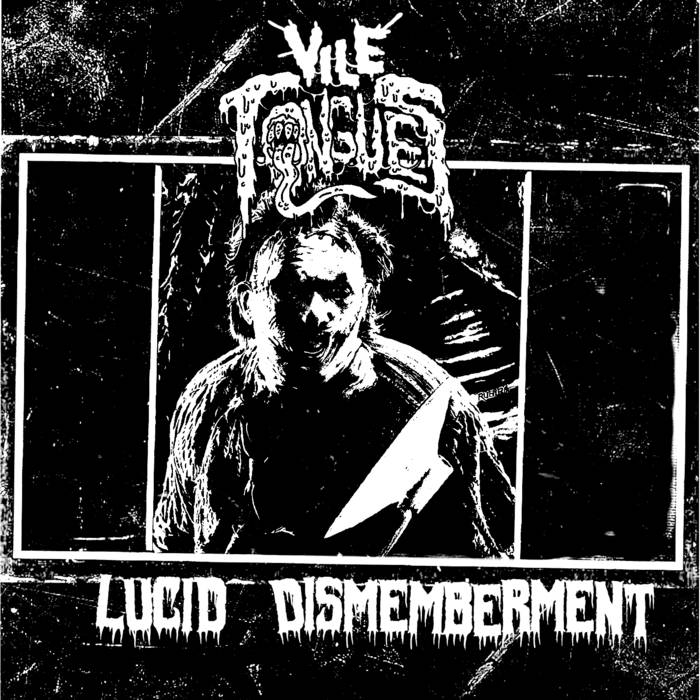 Ladies and gentlemen, strap your self in for four and a half minutes of gore flick inspired Mortician worship in the shape of Maryland based Death/Grind miscreants Vile Tongues. Half movie sample, half rampaging reverb drenched Death/Grind with a massive kick of groove, ‘Lucid Dismemberment’ is the duos sophomoric demo release and it feels like its over with before its even began, so make sure to stick it on repeat. Featuring the sickeningly putrid growls, grunts and squeals from vocalist Mike Dzielski, as well as the static covered riffs, furious guitar leads, punishing bass tones and maniacal drumming display of Liam McMahon, (Ninth Realm, Sulfuric Hatred, Vile Ritual) this demo is a gift from the gods of gore and pestilence and a must listen to slab of putridity, bloody carnage and oppressive Death/grind that any self-respecting horror nerd or Death Metal junkie will want to get in on! (Marksson)