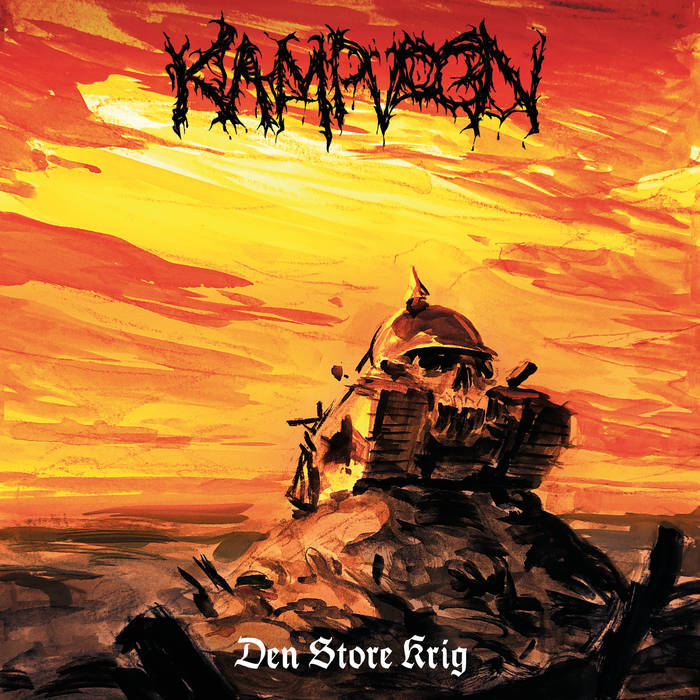 Following on from such a sombre opening, Kampvogn quickly go big and hard! Huge crushing riffs, barked vocal roars and a punishing amount of bass play and drum tones combine to create a sludged up catchy slab of colossal Death Metal power, awash with mesmerizing guitar leads and hooks. In fact, tracks such as ‘Knust Under Larvefødder’ whilst having a tight, rampaging and powerful modern Death Metal sound, also lends a lot of groove and rhythm more associated with the Sludge Doom genre, whilst ‘Gennemboret Af Bajonetter’ has the sound like a tank being driven over bodies crossed with a groove drenched Hard Rock band.

‘Den Store Krig’ is a super tight rout of fast paced rhythmic Death Metal, laden with grime and sludge and dirt, and super powerful sounding. Rather than just batter away at its listeners, it feels more like it ingrains itself into your flesh and your brain and just won’t wash out. An extremely impressive debut album and one that should benefit from some label attention. (Marksson)