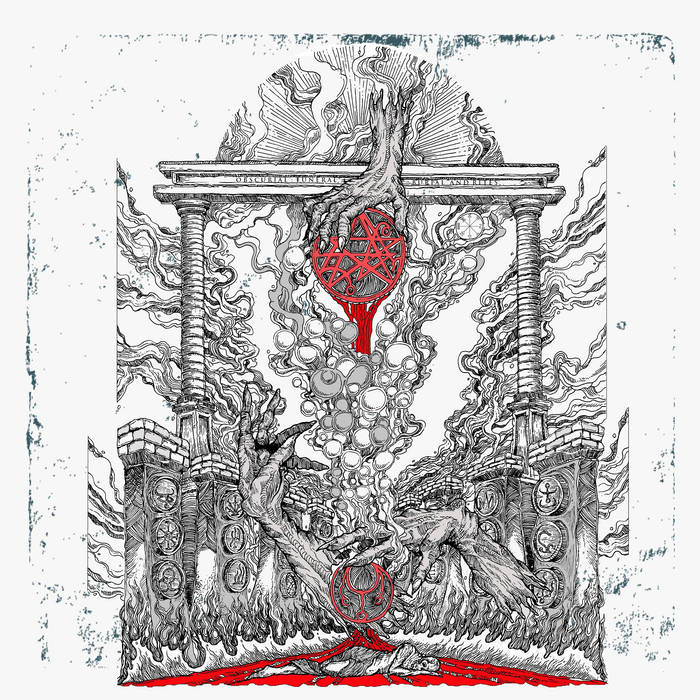 Pay attention to Malaysian Death Metal band Obscurial, because this debut full length album that they self-released on CD at the back end of 2021, will see fetid life breathed into it in the early part of 2024 (Yes, 2024 – that isn’t a typo) by the superb Death Metal label Memento Mori. This K-Hell quintet excel at bringing the high energy guitar solos and tremolo picking melodies and combining them with a darker, more gruelling battery of OSDM riffs and brutalizing drumming. Tracks such as ‘Abhorrent Grimoire’ and ‘Infidel’ are performed at a reckless pace and have a touch of old school Thrash laced into their more overt and obscure Death Metal style. Indeed, some of the hair raising guitar wails would have been more than comfortable gracing Slayers ‘Reign in Blood’ back in the day. The bands Buzzsaw like riffs would also have found a home there too, however Obscurial’s penchant for grinding guitar leads and slower, more brooding sections root their sound firmly in the Death Metal sphere. Another interesting factor about the whole of ‘Funeral, Burial and Rites’ is the high quality of the production; something that with a lot of Far Eastern and South East Asian releases can be somewhat hit or miss. This album however has a consistent and cohesive sound, crisp but not too clean in order to really maximize the brutality and straight forward aggression of Obscurial’s performance. So then in a years time Obscurial will join the Memento Mori roster and a savage addition they will be. Be sure to look out for the physical release of this slice of Kuala Lumpur Death Metal chaos.