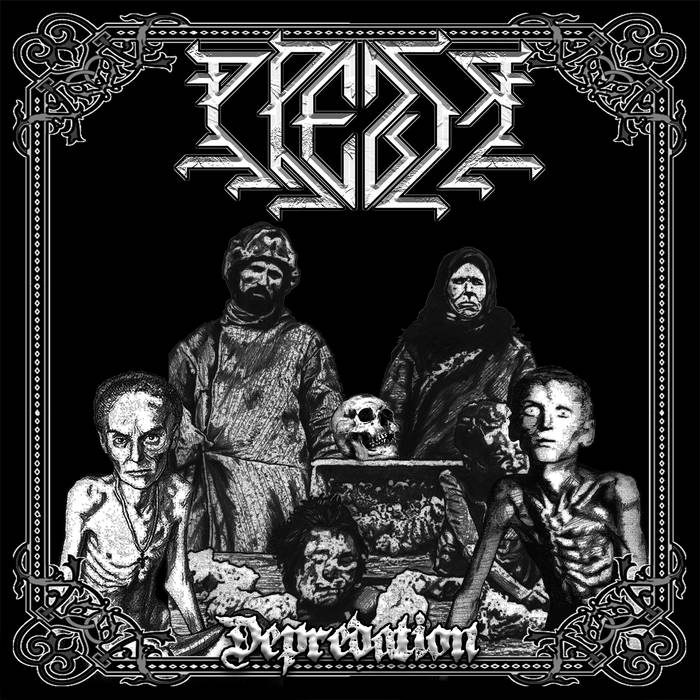 Cementing an impressive impact from the very first track, one immediately senses a grand scope of creative vision, again calling to mind the high conceptual value of Emperor’s contributions, harkened to immensely here. Unforgivingly paced drums that are delivered quite primitively in true second wave fashion, yet contrasted against profoundly adroit riffs, elegant pinch harmonics, and opulently performed solos. Vocals are performed with magnificence, shrill but even, breathy in their delivery but never harsh, and begin to become trance-like in their homogenous quality.

Lyrical themes across this weighty album vary but center largely around European historical warfare, religious apostasy and criticism, and historical injustices enacted by human delusion around the world.

Prezir’s ‘Depredation’ is a massively under-branded release, in fact the visual aesthetic of their work deserves more care and polish. Hiding under the grimy and mired banner of Lo-Fi, Raw Black Metal, world-class music is being delivered under this band name, and should be marketed as such in the future.