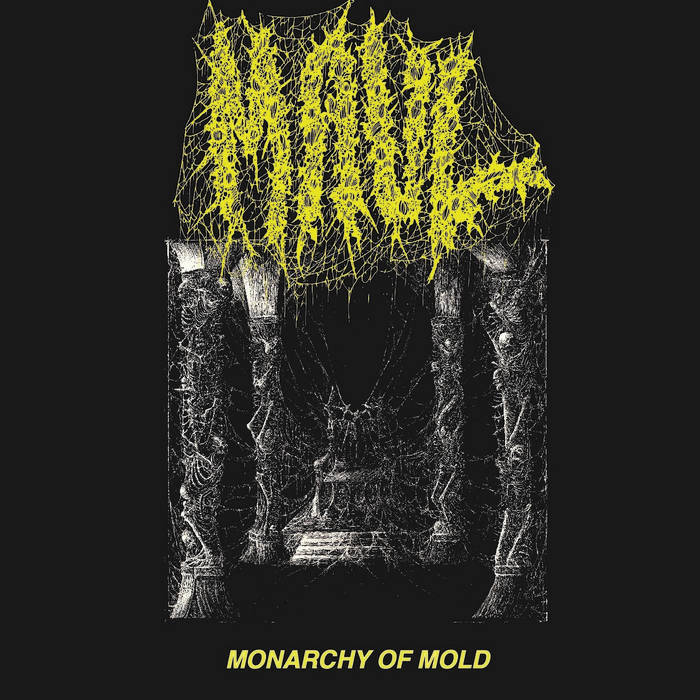 Man, when I first hit the go button on this one I dead set thought Ricardo was having a fucking lend of me. What first hits the ears is like some weird psychedelic hallucination type buggery, I thought maybe he had accidentally sent me a recording of the last rave party he had been too whacked off his face on disco biscuits. Fuck man, ha-ha, luckily it only lasted for a brief moment before what has become one of the top EP’s on my current playlist slapped me around the noggin big time.

Track two “Infatuation” could very well describe my feelings about this bunch of sick dudes from Fargo, North Dakota. Does that make them Fargonians or North Dakotans, that will keep me awake for at least a week, but I digress. This track opens up a window of such magnificent riffery and nastiness that one can only stand back in awe and say “FUCK, this is good!” Reminiscent to me of Australia’s Cauldron Black Ram as well as a few others, but mainly the former because as well as being all deathly and wonderful, their musical direction can be slightly off kilter at times, making it all the much better because they just keep surprising you. No drab, by the numbers bullshit here people, this is Death Metal done in an extremely entertaining way and that is a fact!

The third track “Cessation Embraced” is well worthy of embracing let me tell you, At first I thought S.O.D. had decided to put in a guest appearance riff wise until the ungodly beast that provides the vocal battering (Garrett Alvarado – here’s looking at you) spewed forth a torrent of the most vile guttural hatred upon my eardrums, and the riffery just increased in such glorious magnificence that my face almost reached that thing people often refer to as a smile. Throw in a bit of D Beat here and there, the odd change of pace, and you have here one fucking almighty piece of Death Metal, that everyone in the family will no doubt enjoy, seriously, put this shit on eleven and just wait for the appreciation to roll in. Told you so.

Title track “Monarchy of Mold” is the main one that really brought home the CBR references for me, and fuck me a meat cleaver if the riffs in this don’t just carve you in half. It’s the little touches that Maul put into the way that they deliver that make this oh so special, even Vastum come to mind at times, but this is more than a bunch of dudes paying fan service to all of their influences, this is a band saying hey we dig that, but we think we have some fresh ideas to throw in, and we fucking have, so go eat a bag of dicks. For this I applaud them, from a lofty height, possibly atop an ominous looking mountain with wild lighting breaking behind me, and possibly with some eagles and shit soaring around in the background to make it as majestic as fuck.

Closer “Chained, Hanged, and Drained” may well be the best track on this album, if it weren’t for the fact that all the others (except for the disco biscuit one) exist. Starting with a bit of a cut scene from buggered if I know and some more warped drug induced sonic fuckery, it then launches itself right at your nether regions with such chugging momentum that you may well need to protect them with some sort of armory, perhaps a cod piece made of the finest of steel if you wish to survive. This is the stuff of Death Metal wet dreams I assure you, and the riffs around the 2:28 mark are pure bliss. A finer way to close off a release of this magnitude I could not think of. “Monarchy of Mold” is nothing less than an essential, will sit very high in my end of year bullshit against some very heavy (pardon the pun ha-ha) competition, and something you need to go and check out right bloody now, or may your bathroom get covered in some sort of regal fungus. You have been warned. (The Great Mackintosh)