Wind Cathedral – Conjurer of the Wind 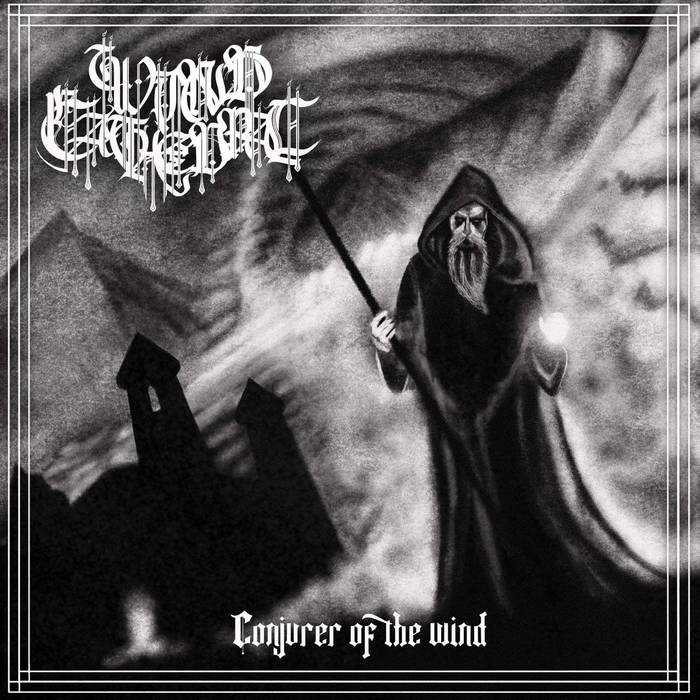 It has a drumming style that is so mired in lo-fi production that it sounds like someone is abusing a stack of boxes, and bass leads so heavy they mask the sound of the guitars, as well as sounding like someone is twanging a giant rubber band. And yet, the debut album from Swedish one man Ambient Black Metal project Wind Cathedral is both utterly mesmerizing and strangely captivating. Besvärjaren, the multi-instrumentalist/vocalist behind this project has entitled his debut album ‘Conjurer of the Wind’, so far a digital only self-release. As previously mentioned, the production and mastering leave very little to be desired and yet the simplistic style couple with ambient keyboard tones that sound both unearthly and ethereal somehow make this album weirdly captivating. Some of the catchier rhythms in conjuncture with the haunting ambiance could easily be lifted from an 80’s New Romantic group, and then the coin flips and rampaging muffled drumming, agonized ghostly shrieks and pummelling bass leads are suddenly this albums entire world. I shouldn’t like ‘Conjurer of the Wind’. On paper everything about it screams dire, and yet it has snared me in its primitive, cosmic web and I’m trapped. (Marksson)