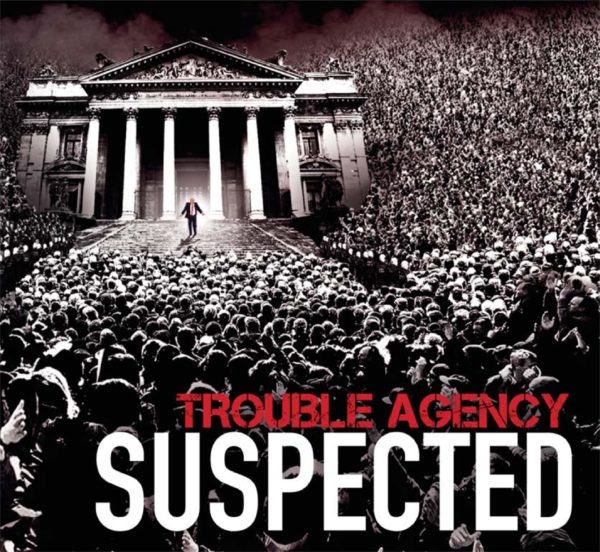 Out of the Hellhole named Brussels as Trump would say, there’s been a very pleasant release titled ‘Suspected’ from the five members combo Trouble Agency in December 2017. Expect a more than decent thrash album where the production and mastering hits killer level! Yes, each instrument sound perfect in the mix and add the vocals from frontman Kevin Nolis to it, and the result is a great thrash album in the vein of Death Angel, a bit Flotsam and Jetsam and some influences from Sacred Reich. There’s a huge American feeling in the sound of these Belgians and tracks ‘Survival of the Fittest’, ‘Suspected’ itself and ‘And Then You’ll Kneel’ are the best examples of that fact. And they also manage to get the feeling into some of their songs…listen for example to ‘Sad’ with the opening (string instruments) that reminds me of a blurry day, or the feeling when you ran out of beer… But don’t be afraid, that’s the only song that sounds a bit brave, cause the other songs on this release sound very firm and to the point. Could some tracks be somewhat shorter (each tracks easily passed the 4 minutes)? Off course that’s one way to see it, but it’s not that the tracks getting bored cause they have a longer duration in some people’s judgement. It’s not a flaw of musicianship or minus in my opinion at least, cause the song structures have the needed punch in them. I would say: if you like a more pure and accessible  kind of Thrash, then perhaps this is what you’re looking for. (Fredde)