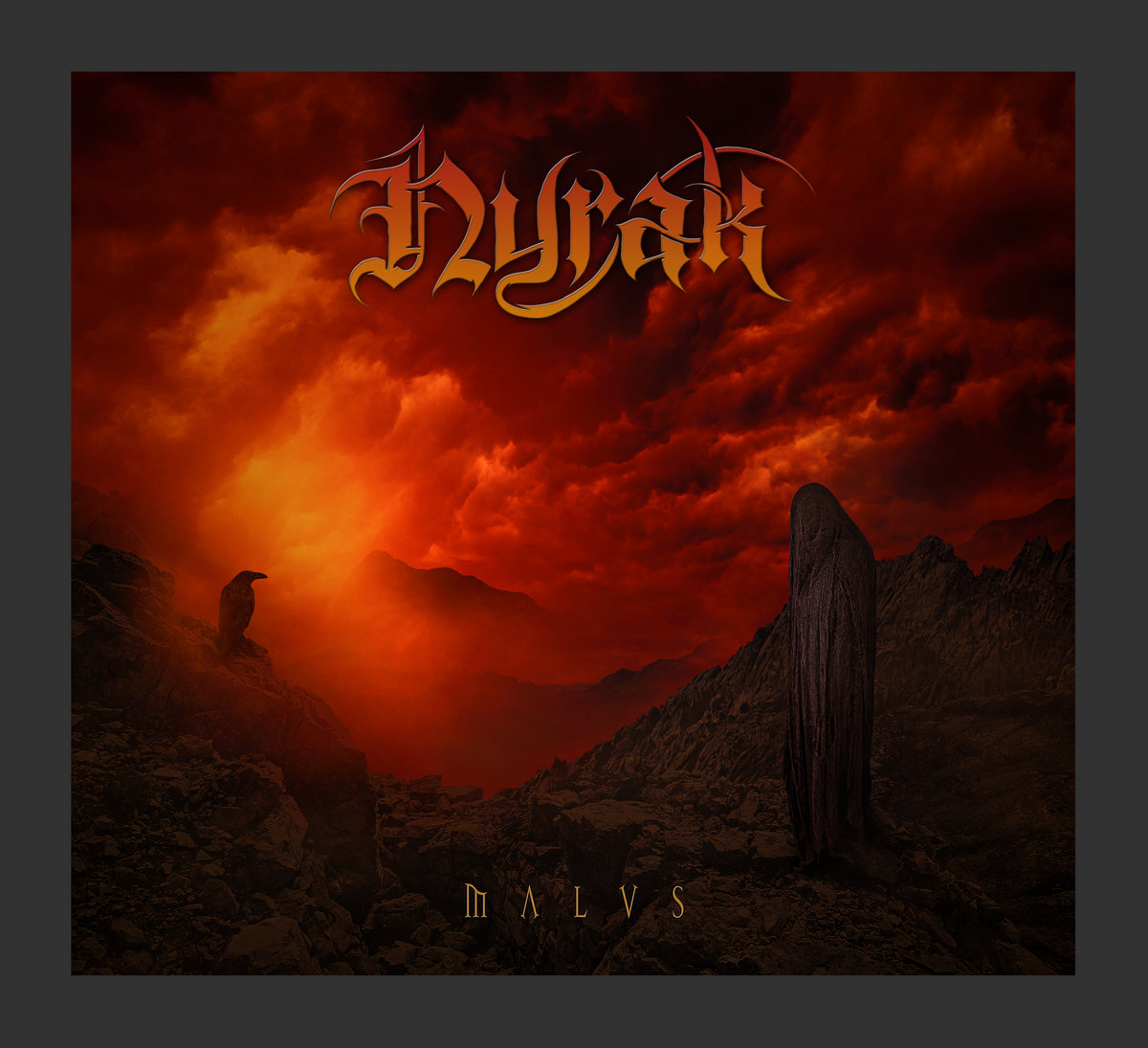 Featuring members that are involved in bands such as Gotmoor, Serpent’s Oath, Wound Collector and Scarificator, the Belgian band Nyrak formed in 2021. Within a year they were ready to release their first release, a full-length album bearing the title ‘Malvs’.

Once the orchestral intro, which has some vague resemblance to works of Cradle of Filth, transitions into the track ‘Spiegelscherven’ (which translates to mirror shards), it becomes immediately clear that the main music served on the Nyrak debut is atmospheric Black Metal. The band emphasizes carrying melodies, and orchestral arrangements (violins and cellos courtesy of the Metropolitan Philharmonic Orchestra Medellin, Columbia) are prominently present. Another clearly present element is the vocals which range from raspy Black Metal vocals to rather good clean vocals and the occasional grunt. This combination of clean vocals and Black Metal somewhat reminds me of Agathodaimon on their excellent ‘Chapter III’ record. Since the music takes a more midpaced turn quite frequently, it’s not uncommon that the music on ‘Malvs’ reminds me of Doom Metal as well. This is especially clear in the track ‘Lucid’, but a feature that comes back throughout the album. Imagine that the music combines a main chunk of melodic and atmospheric Black Metal mixed with the orchestral arrangements and Doomy character of say Draconian.

There are a few things I really like about the Nyrak debut, and those are first and foremost their ability to compose strong songs which are performed with great skill. For instance, the solo in ‘Spiegelscherven’ makes the song all that more intriguing, and I wish the band would add this a little bit more. I like the atmosphere and the diversity of the vocals in a song like ‘Surface’, and that a song like ‘Woken’ is a bit more led by the guitar melodies. Which brings me to something that I have a little bit of a harder time with, which is that the orchestral arrangements are a little bit too prominent for my liking. I also can’t deny that my attention drifts away a bit towards the end of the album. This is perhaps best reflected with how I felt about the second to last song ‘Lost’. The song starts with a somewhat rawer sounding riff, and I was intrigued to hear something different. But then the song quickly changes back to a lot of the elements we just heard in the previous songs, which left me a bit unsatisfied. A pity, because it’s actually one of the better songs on the record.

So yes, I have a few small reservations with ‘Malvs’. That doesn’t take away that Nyrak have done very well to create a diverse atmospheric Black Metal record with a Doomy edge that’s full of melody and symphony. If that description appeals to you, definitely give this album a chance.