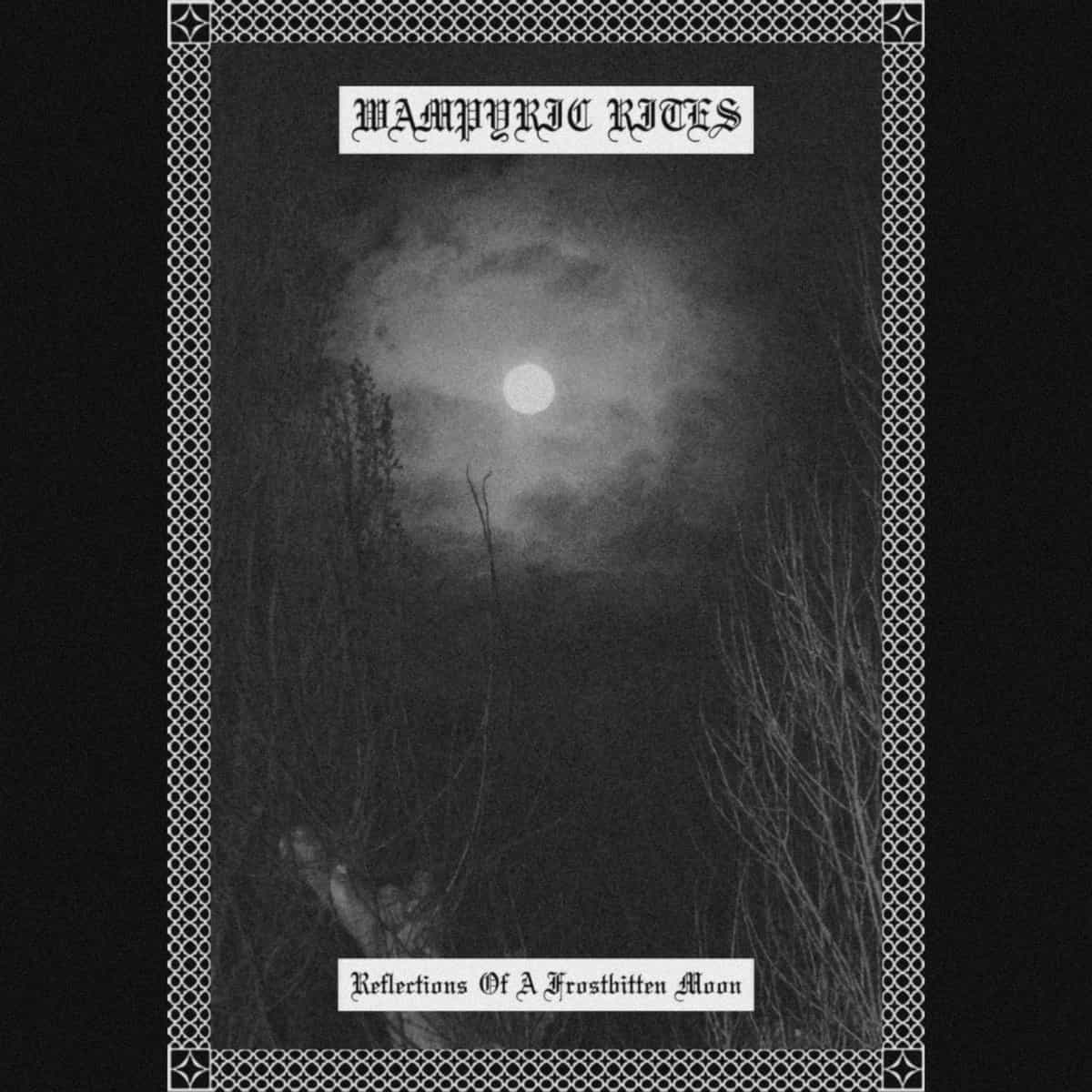 Wampyric Rites are a mysterious collective of musicians, said to be formed in late 2019 and operating from Ecuador, South America.

Following the strict code of conduct in the undercurrent scene, there is hardly any information about this band that I’m aware of. Last known line up was or is: Awka (Drums), Vrolok (Guitars, Bass), The Lord Einsamkeit (Synths) and a hellspawn named Strigoi on vocals. This year alone, Wampyric Rites managed to release no less than 8 high quality recordings. And they’re slowly moving up the ladder in the underground scene, gaining more and more attention and positive feedback with each new release.

‘Pure Raw Underground Black Metal Plague’ is their slogan. This “Reflections of a Frostbitten Moon” EP is the sixth release. A 28 minute long EP with song titles instead of the I, II, Untitled I, … tendency.

The EP starts with a majestic, well-composed symphonic and rather cold/sad/depressive sounding intro. What follows next, is a raging track with the obligatory solid blast beat drumming + rolls and fills, an eerie diabolical shrieking and roaring voice that emerges from the darkest depths of hell, and impressive tremolo-picking on the guitar. Synths are audible in the background, adding the cold nocturnal atmospheric to the music. The tempo changes abruptly to a slower part charging itself with drama and tension, before regaining speed again. Guitars follow, complement and shift to accompanying melodies and fills.

A gentle acoustic guitar intro and the sound of waves, breaking on the shoreline, acts as an overture for the second track that reveals itself in a blazing inferno of horrifying raw Black Metal carnage. Musically it does sound very ‘second wave’ Black Metal, yet rawer, anchoring one foot deep into the ominous underground scene and still retaining a myriad of musical variety.

Comparisons? It’s always hard to list those – my first impressions: early Leviathan, most likely Xasthur, Blood Tyrant from the Netherlands, also Drowning The Light or Harvest to some degree, the lunacy of the old Parnassus albums (Sweden), even a vintage Cradle Of Filth – minus the pseudo gothic theatrics and the polished sound.

When Wampyric Rites slow down – they really slow down to a dreadnought sized stomper with dramatical musical dimensions. And it goes on like this throughout the entire EP. I’m not going to spoil the surprise for the hardcore of enthusiasts of raw, nefarious underground Black Metal music by dissecting all the tracks on this sublime EP, but Wampyric Rites are definitely one of thé better underground Black Metal acts of the moment. I must add that there are changes of musical styles and influences on those 8 releases, but basically Wampyric Rites do not significantly stray from their Left Hand path to perdition. This brilliant fusion of several musical styles, influences and the extremely high quality of performance and execution are almost too good to make you believe we’re dealing here with a band or project from Ecuador. Still not convinced of this blood craving nocturnal raw satanic Black Metal plague? Check them out on Bandcamp. (LCF)