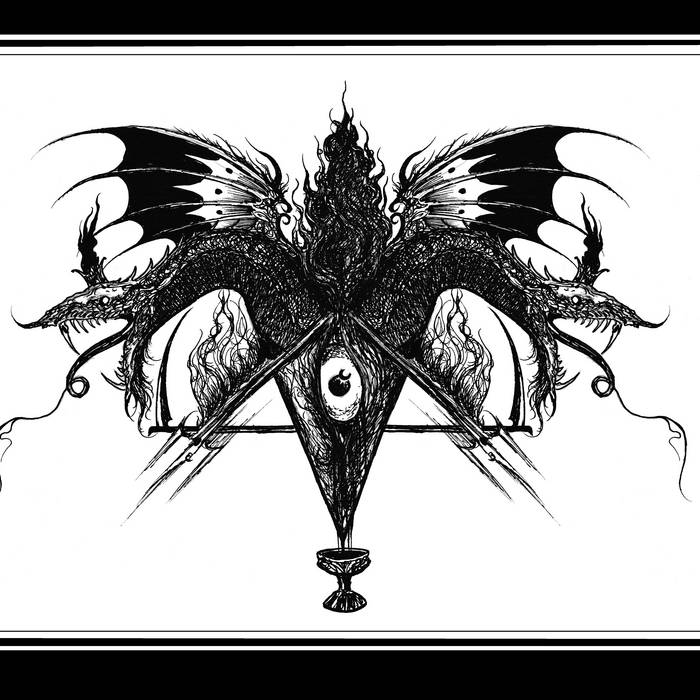 Black Metal from the swampy, never ending heart of Florida. That’s a long way from the snowy mountains of Norway, but Black Metal endures. (I guess its no coincidence that the first lyric on this demo is ‘Despite the vex of sunlight’) Keroeis are a duo named Wormwood and Furia who played together in Tampa Bay based Raw Black Metal band L.O.R.E. and this new project is a whole new chapter in the pairs on going darkness. ‘Passage XXIII’ is their debut demo, a two track digital release that opens with ‘Six of Swords’, which sports a sound like windswept moors being pummelled by the elements. Ravenously raw vocal work clashes with a simple yet devastating drumming style, whilst ice cold riffs bleakly meander forward, adding a layer of grim atmosphere on top of the Furia’s savagery from behind the kit. ‘Six of Swords’ is a straight forward track of unrelenting Scandi-Black Metal worship with moves into a more bombastic sound towards the latter part of the track. Closing track ‘The Hierophant’ is a far more brooding and serpentine affair; sporting a slower, methodical pace. An interesting and steely opening demo all in all, that somehow braves the eternal sunshine to spread true darkness.