Hand of The Wicked – Passage of Centuries [EP] 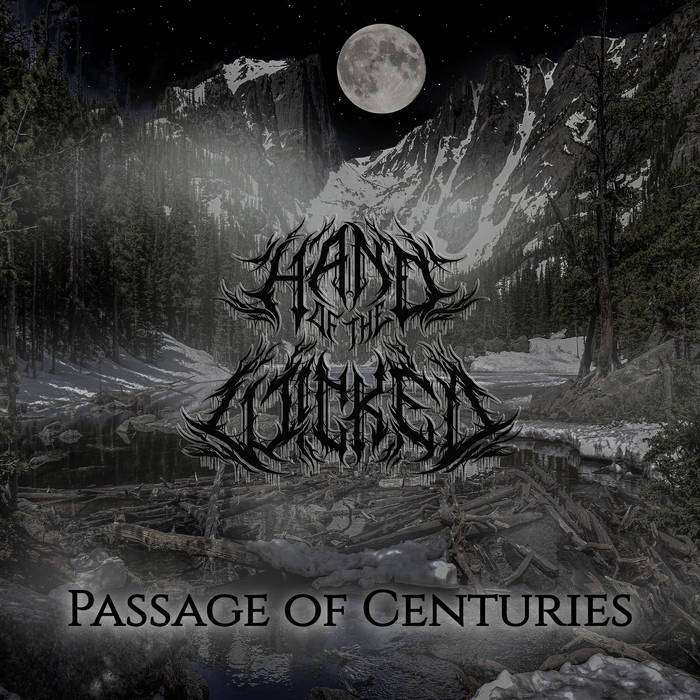 Hand of The Wicked are an Arkansas, USA based six piece band that swim in the lakes of Melodic Black/Death Metal, and who have started 2023 with a debut EP by the name of ‘Passage of Centuries’. Hand of the Wicked are also a side project featuring members of Serpentine, Horde Casket and Ensepulchre. With a duelling vocal style of abrasive screeching and a deeper, growling style, as well as symphonic flourishes in the background, it would be easy to suggest a connection in sounds to that of Cradle of Filth or Dimmu Borgir, although in reality Hand of the Wicked rely far less on the synth aspects of their sound, and instead focus more on the crushing brutality of their riffs, and the harrowing dominance of their drumming style. In truth though it is the vocals that steal the show on this EP, instilling a sense of rabid power to the bands melodic and yet relentless musical style. In truth the drumming style does become a little stale as the EP progresses, and the melodic underbelly could be described as lacklustre in places. However, there is enough promise shown on this debut offering that we can expect better in the future from Hand of the Wicked.

Hand of the Wicked