Angstloch – The Shades of Pale Night 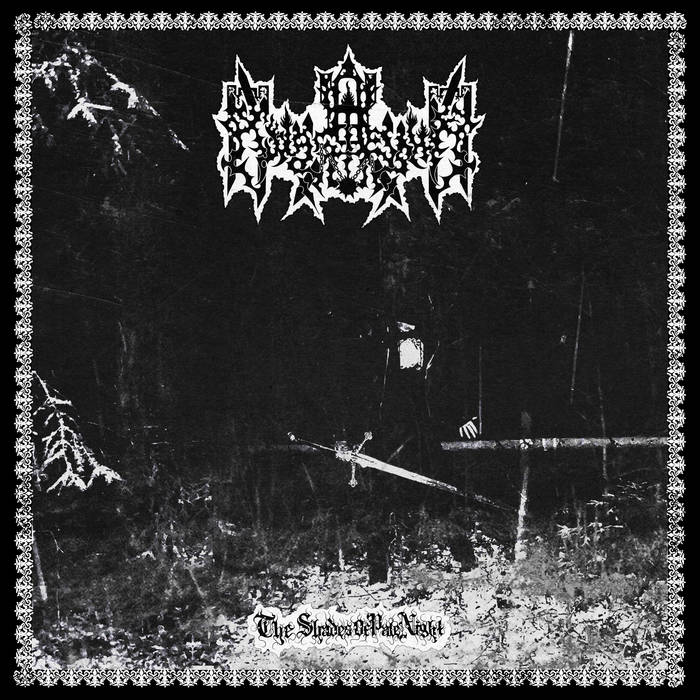 You’ll just have to appreciate Angstloch on their music and artwork alone, as nothing else is known about the band other than their debut full length album is entitled ‘The Shades of Pale Night’. There is no information online, no names of band members and not even the bands location is known. but I do know that they revel in Raw Black Metal. Imagine if you can a Black Metal version of Reverend Bizarre’s ‘Pyramid of Mars’, minus the Doctor Who vibes, and you’d be close to the sound that opening track ‘The Gleam of Winter Moonlight’ offers.

Everything about Angstloch is pure simplicity, from the plodding drum tones, to the meandering riffs and the low key synth tone that runs through the heart of the album. And yet when it all gets put together its impossible not to like this surprisingly catchy slice of li-fi Black Metal that just glides along at its own pace to the accompaniment of raw, gruelling vocal work. Yes, it has its imperfections such as the odd dropped note, and yet even that adds to the charms of this fascinating album.

‘Cloaked by Grey Clouds’ very much follows the same pattern as the last song, except for a delightfully whimsical intro section made up of cleaner guitar tones and dreamy synth; synth which then meanders its way through the entire track as if in a trance. I don’t know how to describe it; no matter how visceral the vocals or clamorous the drumming, the album still just wanders along at its own pace whilst casting hypnotic vibes out relentlessly.

The formula for the album never deviates, and I couldn’t care less. ‘The Shades of Pale Night’ is simplicity itself and a truly mesmerizing album!