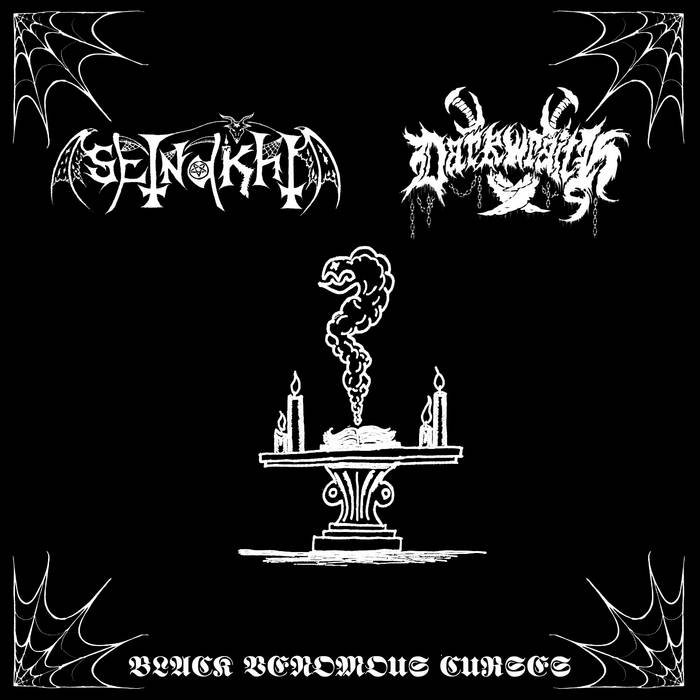 A tasty little split release from The Netherlands featuring two lo-fi Black Metal one man projects, Darkwraith and Setnakht. For both projects this is a sophomoric release and opens with Setnakht – ‘The Ways of The Serpent’, a crippling bout of fast paced aggression with Black/Thrash tendencies. Easily the most noticeable trait from Setnakht is the proliferation of Speed Metal styled guitar leads that blaze forwards at break neck speed and never let up their total domination of this song. Whilst the drum tones are simplistic and poorly recorded, its the constant barrage of electrifying riffs couple with croaked, gloomy vocals that really brings this offering to life.

Darkwraith kick into things with a reverb drenched sound, muffled drum tones and a savagely bass heavy rhythm that all combines to create a mid to fast paced, catchy style. Darkwraith bring forth two tracks to this release, their own work ‘Lizard Blood like Water to Wash In’, as well as a cover of NME’s Black Night. Moving away from the Blackened Thrash of Setnakht, Darkwraith purge the air with a very powerful Death Metal tinged bour of horrific Black Metal that features a much better standard of production and a truly savage drumming display that is a real standout feature of the entire split release. (Marksson)