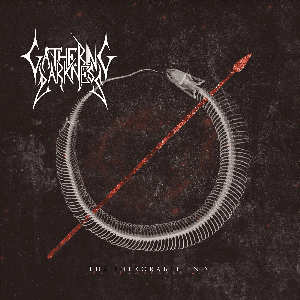 From Spanish Santander, the guys from Gathering Darkness are celebrating their 20 years of existence with releasing a 7” EP filled with Brutal Death Metal. It is clear that they are influenced by the American scene as you will hear parts of Morbid Angel, Immolation and Cannibal Corpse. Pace changes, low growl, groove, technical hoopladesies…all the ingredients are present to create a US Death Metal  album that could be from the early 2000s.

I could almost say “textbook” stuff, but naming that category would also say it is safe and don’t hear something new or something to get really excited about. This EP is for the fans of the band or the die hards who are enjoying Cannibal Corpse’s “Gore Obsessed” and “Heretic” more than “Eaten Back to Life” and “Blessed are the Sick”, others will probably think that they have heard it better in history. (Ricardo)