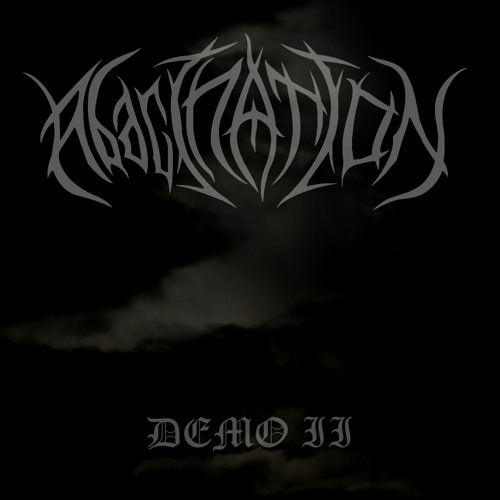 You have to be a moron if you think Demo II isn’t Abicination’s second demo, still some bands have fooled people before with such titles. But to stop the confusion, this is indeed their second demo. A demo filled with a bit old school-ish Death Metal, Traditional Black Metal (Mayhem), but also some dissonant Black Metal ideas that can be heard with some French and German bands. Or Ondskapt and again Mayhem (“Chimera”) to name a few Swedish examples. The track “Ruthless” begins with a great old school Death Metal riff (think of Death’s “Leprosy” album) and further on the dissonant Black Metal parts kick in. And to be honest, there you have it! This young band from Iceland, varies a lot of both styles within a song. Or as they would like to call it therselves: an unique mix of Black and Death Metal, with an emphasis on the later. I wouldn’t call it uniqe, but I haven’t heard a lot of bands like this either. Fans of both styles should give this a listen or two, I myself rather choose “Leprosy” anytime above “Chimera”.