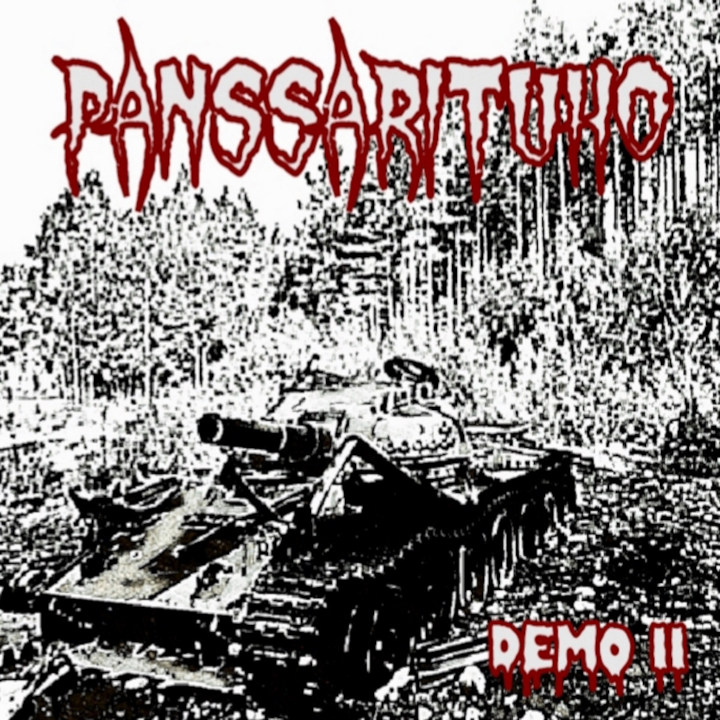 Finnish Death Metal trio Panssarituho self-released two demo’s in 2020 and this, as the name suggests, is the second of said demo releases. No introduction tracks or melodic build ups, Panssarituho delve straight into the gruelling punishment through supressed drumming and sickly growled vocals, both of which have to fight tooth and nail to be heard in the mix with the far more dominant bass lines and ravenous guitar leads. Performed at break neck speeds with more creeping passages interspersed within the bass heavy pummelling, the only thing that really lets this demo down is the poor production, though even that lends it an old school Death Metal kind of charm. There are moments of a catchier nature but for the most part there is one speed, one method; fast and deadly! In terms of song writing the band do well to vary the pace and throw in some technical sounding guitar solos too for good measure. As much as the old school production holds value, I’d very much like to hear what this band could achieve with a better mix. To finish, closing track ‘Karkuri’ breaks up the constant rampage of gritty Death Metal with some interesting bass lead melody before once more blasting out their fury to round off this handy little demo! (Luke Hayhurst)