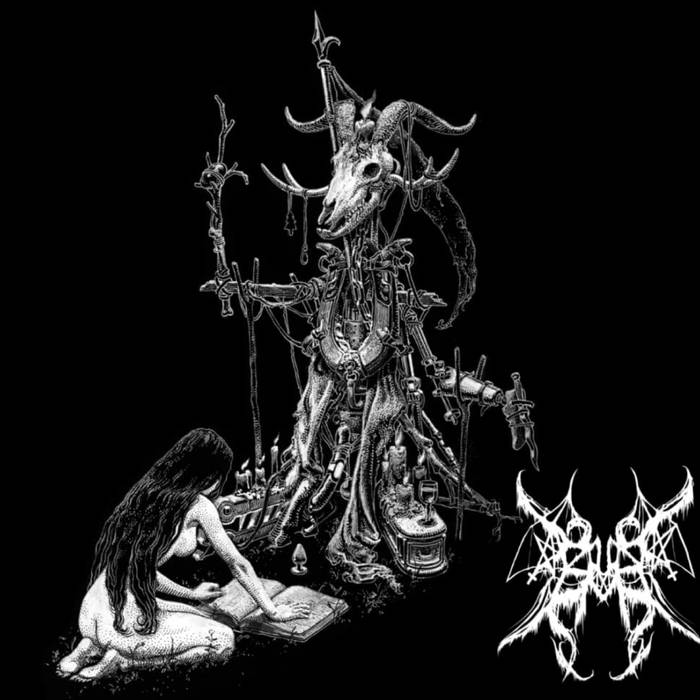 This is the debut demo release from Austin, Texas based Black Metal quartet Brüka. Opening track ‘Rotting Lust’ is a battering ram of fast paced punishing drumming mixed with engrossing, bleak sounding guitar leads. Vocalist Misery spits out his venomous words with a powerful raw sounding malice, but despite this hyper-aggressive style the song has a touch of Death Metal groove to it, resulting in a some satisfyingly rhythmic sections. Next up is ‘Forever Vile’, a track which oscillates between a slower, more brooding atmosphere created using ice laden riffs and impressive drum technique, and a harsher, more abrasive style when the tempo ramps up. The intensive and grinding rhythm of this track is intoxicating and impossible to dislike, whilst the lyrics speak of glorifying in someone’s eternal suffering, further adding to the dark, oppressive mood of this release. ‘Eternal Descent’ closes out the demo with a short deluge of visceral sounding riffs and grandiose drum tones, as well as a fierce amount of punishing bass tones. This is a brutal opening demo from a band with a meaty, aggressive sound and good production.