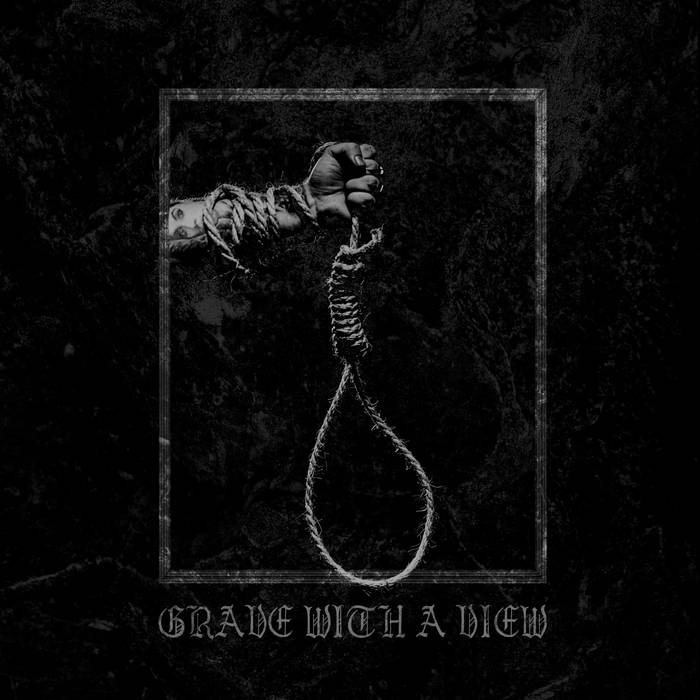 The delightfully named Finnish duo Grave With A View last year released their self-titled and self-released EP of groove drenched Death ‘n’ Roll excellence. A strong and cohesive sounding EP, Grave with a View temper their fast and breezy style with moments of scorching hot brilliance and slow, abrasive splendour. The vocal aggression of Juuso Onerva is particularly harsh and always sounds on edge, whilst the guitar performance is laced with a darkness that suggest a touch of Black Metal influence. Second track ‘Rope’ truly sums up the Grave with a View sound though; a deeply rhythmic bout of bass heavy melody topped off by tonnes of groove and flavour from the guitars, a steady and pulsating drumming style and more ravenous vocals that stand out above the musical entourage for their roughneck hostility. That all being said, ‘At Oblivion’s Step’ really ups the ante when it comes to catchy groove laden dominance, and the cold streak from the guitars that runs through this track does nothing to supress the greatly hypnotic quality of the thundering drums and rich guitar rhythms, though it does come with some wonderfully bleak tremolo picking that again harks back to a slight Black Metal influence. The ‘Grave with a View’ EP is an incredibly easy listening experience (It you like Extreme Metal of course) with a fun overall vibe but packs a serious and darkly brooding undertone that surfaced throughout.

Grave with a View