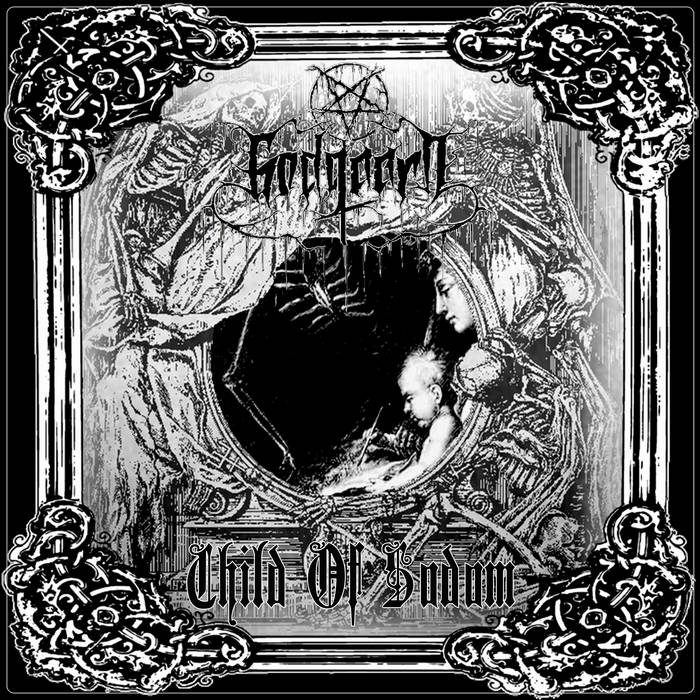 With three album and this EP released simultaneously, Godgaard is quite productive, but the three albums were barely worth releasing. All three had some good musical ideas and riffs, but it didn’t stick and the song writing was in most cases too naïve and didn’t pass the school band kind of level. Godgaard must have thought that this EP was his best work, because he self-released this one on CD, whereas the three albums were only available digitally.

This EP seems to be dealing conceptually with the biblical story of Sodom and Gomorrah, two cities that were destroyed by the wrath of God due to their wickedness. A concept used more than once before, but Godgaard does sound way more convincing than on his other recordings. Not only does it sound like a set of songs that belong together, it is also more interesting musically. It has a more balanced production, though the kick drums and vocals are again a little too loud in the mix, but it does sound clear enough to give space to the guitars that has quite a nice crunch to it. I am still not too convinced of Godgaard’s vocals, but that might be a matter of taste.

I think he made a good decision with choosing this one to release on CD. It doesn’t only sound best, and has the most interesting songs, it also has a pretty nice cover. However, it remains to be seen whether Godgaard will have the same power to destroy whole cities, but at least he did a way better job with ‘Child Of Sodom’ then with his three albums combined.