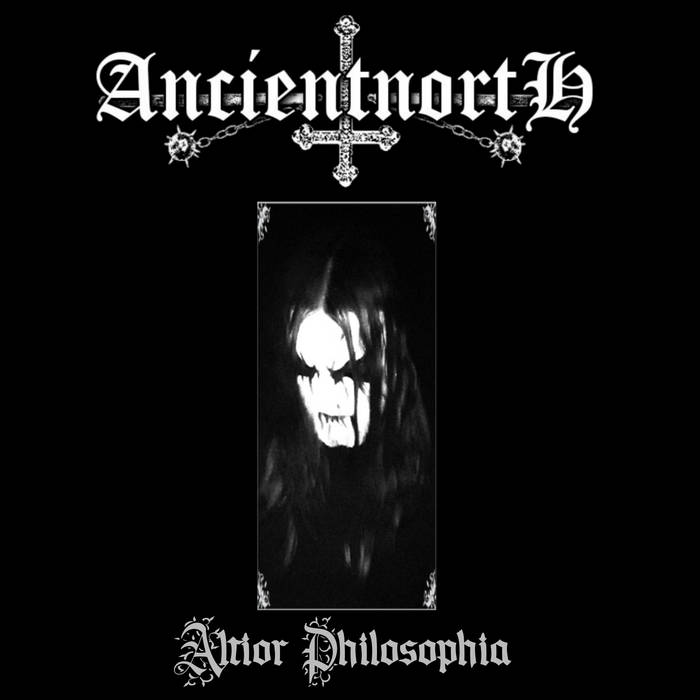 After having released two albums and an EP earlier this year, Forlorn, the sole initiator and driving force of the entity that is Ancient North, decided to close off the year with another record. And having been through all of Ancient North’s recordings so far, there is only one conclusion to draw with certainty: Ancient North’s musical direction is not exactly set in stone. All three previous releases have a distinctive different sound, yet all firmly rooted in the Norwegian Black Metal tradition.

Personally I liked the ‘Berzerker’-EP best, which strayed off the Gorgoroth-vibed debut album and saw Forlorn exploring territories more akin to Carpathian Forest and Urgehal. Maybe a bit of a personal preference, but I thought his buzzsawing guitar sound worked pretty well on these recordings. Yet, on its follow-up Forlorn opted for a more speedy approach of the Black Metal scene, which even hinted a bit at that high-paced Swedish Black Metal fashion. On this fourth release of the year, ‘Altior Philosophia’, Forlorn again chose a slightly different angle to shoot from.

Though harkening back to the more basic and stripped-down Norwegian Black Metal sound, it also incorporates certain Pagan influence with (semi) clean vocals that tend to remind of mid-90’s Viking/Pagan Black Metal. Einherjer or Thyrfing might come to mind, giving this record yet another musical identity. But, frankly, this works pretty well. ‘Altior Philosophia’ strikes a balance between more melodic leads and nicely crafted cold riffs, the drums are way better than on its predecessor. That more varied vocal delivery, ranging from typical raspy Black Metal vocals to that more epic-sounding chanting, also gives the album a more diversified character. Though the clean vocals are not of a grandiose level, do not expect ICS Vortex quality here, but the almost suppressed sounding character of Forlorn’s voice adds to the overall atmosphere. Another plus is that Forlorn is joined on this album by a real drummer, which gives the album a much more authentic and organic sound.

At least, all of the above lead me to being surprised. To be honest I wasn’t expecting much after the ‘Nine Realms’-album that was just another Black Metal record, not necessarily bad, but not quite exciting either. Yet, this new album has a playing time of almost one full hour which is just a tad too long and in all its diversity it sometimes lacks a little coherence. But it also unmistakably clear that Forlorn is a fast learning young man, so let’s see what he is able to pull off in 2023.