Hekseblad – The Night Of The Long Fangs [Demo] 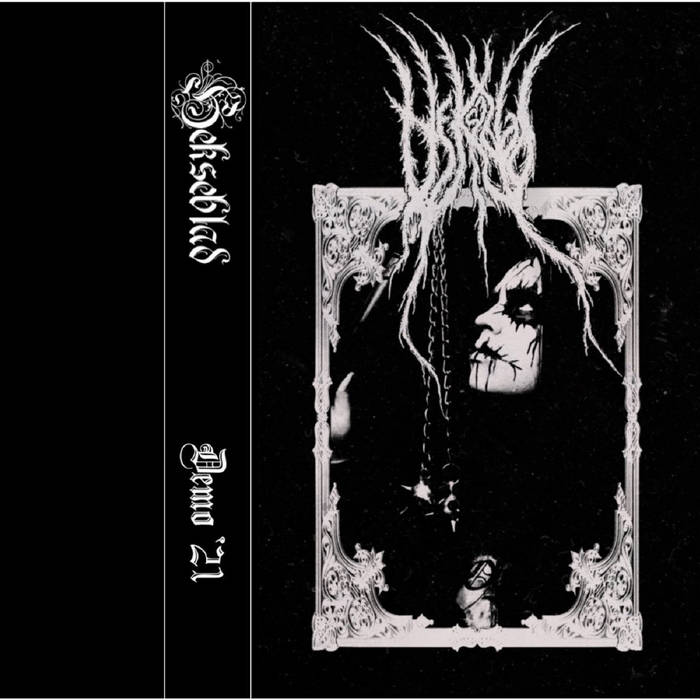 This is the first 1-track demo of this American Black Metal duo, consisting out of Frosk who is responsible for all instrumentation and Bruxa who contributes the vocals. When giving a look at the demo’s artwork, you already get a bit on an impression of what to expect on this short (just under 4 minutes) first offering.

My first hunch was that this song must have been inspired by the dramatical events during ‘the night of the long knives’, in which the entire top of the Sturmabteilung, the party army of the German Nazi Party Nationalsozialistische Deutsche Arbeiterpartei, was murdered by Heinrich Himmler’s Schutzstaffel. Then I thought it might just refer to a vampiric theme. But, it ended up being inspired by Andrzej Sapkowski’s The Witcher. But whatever the subject, the music should do the talking.

The track starts off with some sounds of people choking (or that might also be just my interpretation) and quickly bursts into a raw sounding Black Metal track that sounds remarkably organic. The whole thing flows quite naturally, it blends the gritty and raw sounding guitars pretty well into the semi-acoustic interludes and its lead melody. Although the vocals are equally as raw, they do lack the real intensity to convince, but that might also be the recording. Speaking of which, for a self-recorded first demo-track, this does sound pretty well, clean enough to give away all the details, but with that much needed raw edge to give this Black Metal track enough tension. All in all quite a promising first attempt.