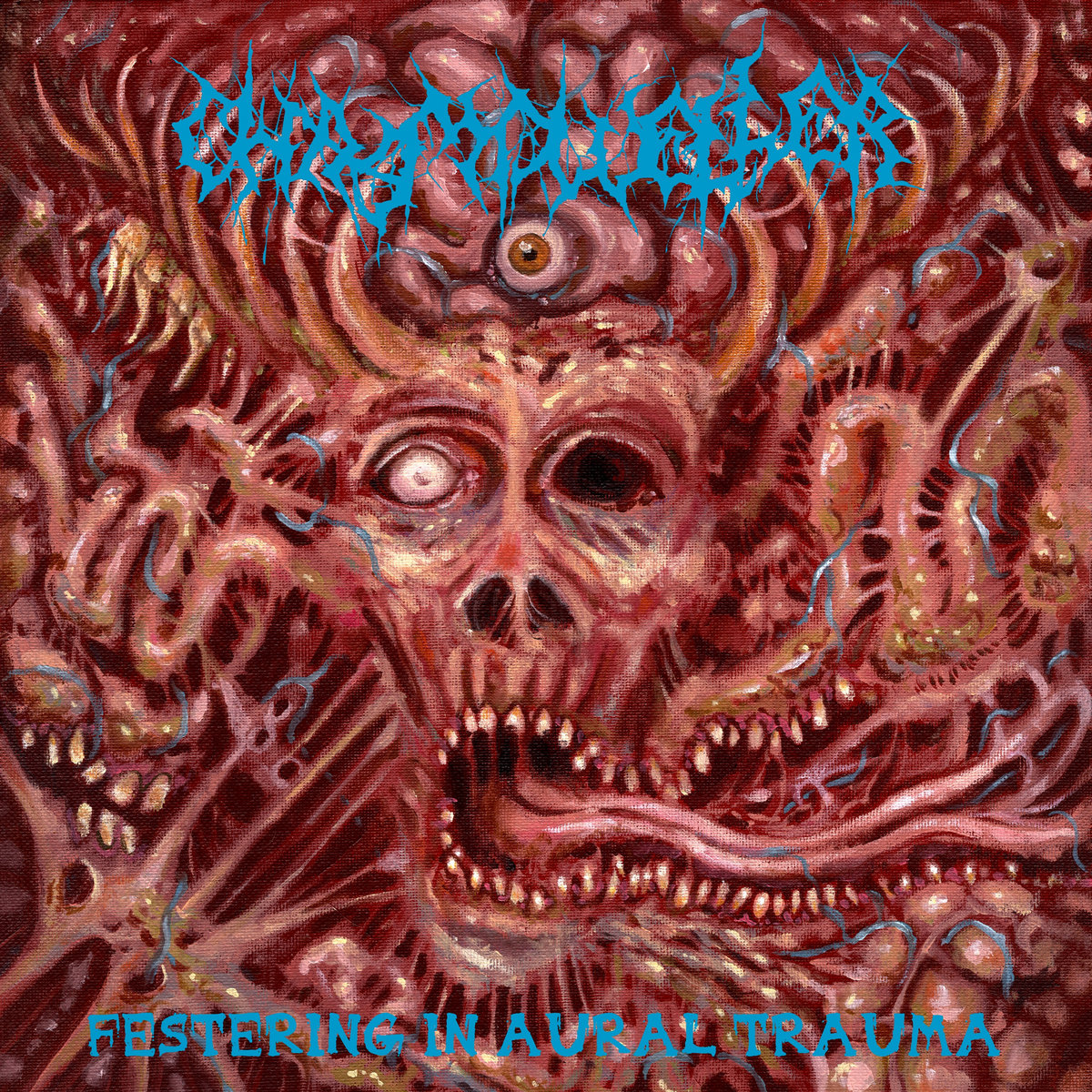 Canadian Chasmdweller again only needed a few months to come up with new music already. This time it’s a 25-minute EP, ‘Festering In Aural Trauma’, that we get to dwell our tender ears with.

Exactly in the tradition we have come to expect from the band, we get another heap of festering Death Metal. Compared to some earlier work, the duo does bring a bit more variety to the music and on this EP, even the band’s doom background seems to come back a bit – a bit like that extremely long closing track of the band’s latest album. Immediately in the opening track there is an almost sacred atmosphere were it not for vocalist Donovan Guertin-Lowe puking his guts out over it. But this musical variety does place Chasmdweller in a completely different spectrum from most of its genre peers. Where many bands (often one-man acts) just tune their guitars heavily and throw a batch of deep vocals over it, Chasmdweller manages not only to write solid songs but also, with the insertion of good tempo changes and some outside influences, to put down a much more interesting musical product. The somewhat digital sound that plagued previous releases has not disappeared on this latest EP and remains a point of interest.

Once again, on ‘Festering In Aural Trauma’, the band manages to convince and clearly stand out from the majority of the genre that as a whole barely manages to transcend mediocrity. Too bad the band has not yet had the opportunity to get their music released a bit more widely. Considering which bands have been given ample opportunity to do so, surely there should be a place for Chasmdweller too.