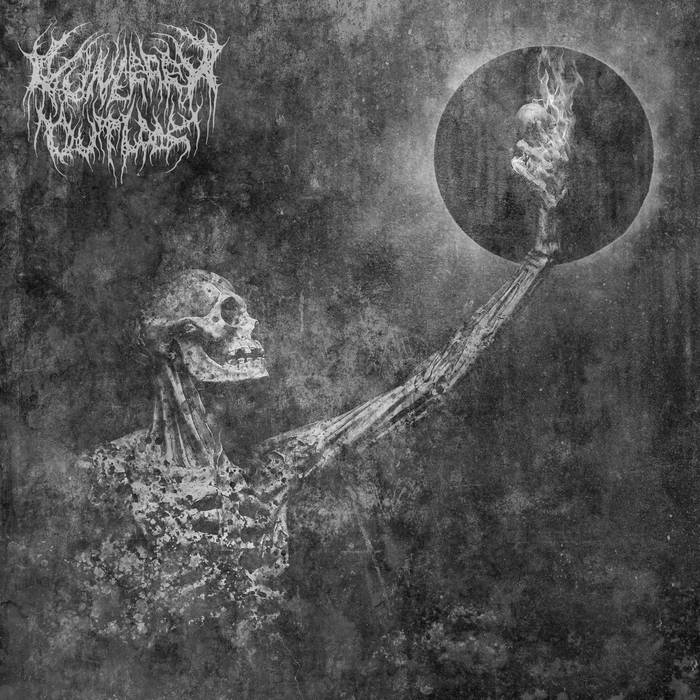 Last year new Green Bay, Wisconsin Death Metal horde Funerary Outlook released a single by the intriguing name of ‘Where Rats Go To Die’. Now in 2023, the band have unleashed their debut demo that opens with that very song! And said song is firebrand of aggressive and punishing riffs, maniacal guitar rhythms and growling intensity with very in your face lyrics that promise violence and death! With the bands cavernous drumming performance, the hostility quote on this demo is through the roof! And whilst the longevity stands at just fifteen minutes, Funerary Outlook make each of their four tracks and groove drenched as possible, as well as partaking in bouts of sickening levels of putridity such as during the grim machinations of ‘Glued to the Cell’. Funerary Outlook’s sound fluctuates between brooding slow rhythm and frenetic bouts of chaos, with the raw throaty growls of the dual vocalists adding a further layer of filth to this tome of degradation. Expect more aggression, more gloom and more pestilence from this USDM crew soon!