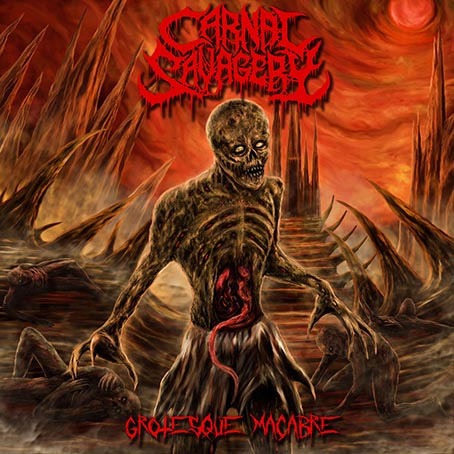 Hell yeah, pure Old School Swedish Death Metal worship here! This band doesn’t care about doing some new ground breaking style nor do they compromise on the style they aim to capture with this brutally evil sounding album. If I had to compare anything I would say the vocals remind me of Edge of Sanity and Bloodbath. I hear hints of great band’s albums such as Dismember “Dismember” and Unleashed “Where no life Dwells” at times. More strongly the Dismember influence. Having said that only as a reference for any of the Swedish Death Metal style fans who may be reading this.

As to the actual songs it is predominantly in the slower doom and groove sounding power chord riffs and a lot of mid paced double bass. This band is not concerned with a million “look what I can do” type riffs and they don’t plaster the album with blast beats. Sometimes simple is better and in my opinion this sounds great!

Coming from Gothenburg, Sweden, they do not disappoint in capturing the sound that has made this city famous for great Death Metal. This album “Grotesque Macabre” has been released by Chaos Records after only forming in 2017 and releasing the band’s first demo in 2019, so I look forward to this band coming into their own on the next one. Although lacking in any originality I would say overall not a bad debut if you are a fan of this style and Dismember. Great Artwork, an awesome production and musicianship.

I know I will be anticipating another release and continue to support this band. Old School Swedish Death Metal done right! (Evil Mike)