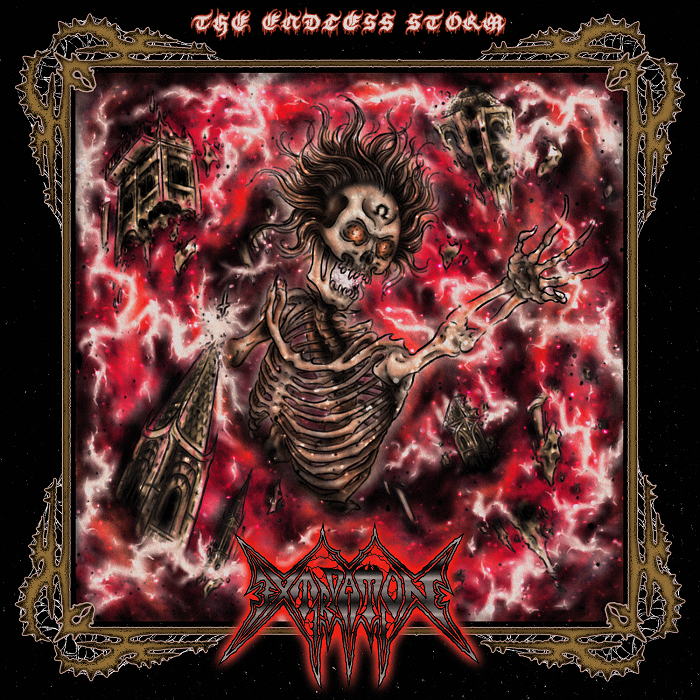 ‘The Endless Storm’ could easily describe the sweeping of the pandemic over Italian soil over the last few years. Italy, especially in the north was a hotbed for the virus that brought the world to a standstill, including Milanese Black/Thrash powerhouse Extirpation, who upon until 2019 has been a constant presence on the Italian scene. However, this coming November will see the return of Extirpation with the previously mentioned ‘The Endless Storm’ EP, their first since the restrictions lifted and also their first release through Mexican label Chaos Records, who are putting this out on CD.

If you were to give the bands last offering, ‘A Damnation’s Stairway to the Altar of Failure’, a spin, you’d hear a band who aggressively fuse both Black and Thrash Metal. On the bands return opus, the cold remote Black Metal tones stand more alone and then lead into thrashier, more groove laden waters. Whilst the method may have altered, the end results have stayed impressively high, and the bass tone heavy rhythms and melodic guitar leads stand in stark contrast to more grinding, shredding riffs which again compliment the more furious blast-beat driven extremity that is the core Extirpation sound.

In my experience a lot of Black/Thrash band really play up the Thrash/Speed element, even making their sound come across as filthy and sleazy, and there are some bands that are superb at this. Extirpation have travelled another path and I’d call them more a Black Metal band with Thrash influence; the core of what they perform is aggressive, rampaging BM, but they introduce plenty of flowing and catchy grooves to add new dynamics. ‘The Endless Storm’ feels like a fresh start for an already impressive band and I expect more brutal offerings to come. (Marksson)