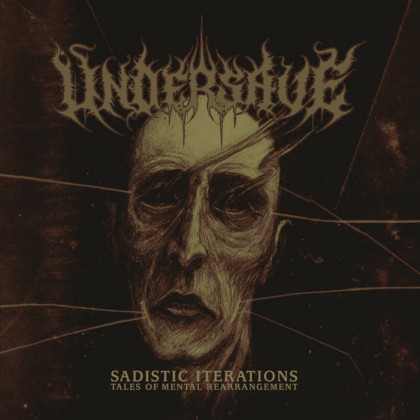 Undersave from Portugal are a new name to me but they exist as a band since 2002 and this ‘Sadistic Iterations…” is their second full- length album after the debut “Now Submit Your Flesh to the Master’s Imagination” from 2012. The new record lasts more than 45 minutes but offers only six tracks so we’re talking long songs here. But this is no Doom, this is dark and heavy Death Metal filled with extreme guitar riffs, lots of tempo changes and deep, furious growls.

Undersave manage to keep things interesting during their 8-minute songs and deliver many brutal passages within one single track. Incantation seems to be one of their main influences as well as some Morbid Angel and Suffocation here and there. The sound production is on a very good level and all the instruments are easily heard. If you don’t mind long songs check out this record! (Zvetan)