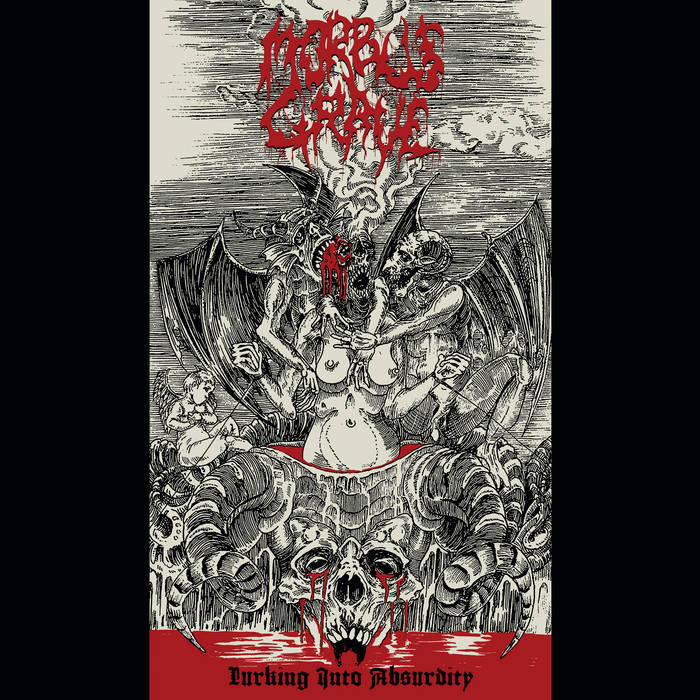 After having released a handful of demos and two split releases, the Italian Death Metal band Morbus Grave felt ready for a full-length album, which was recently released through the Mexican Chaos Records label. With all three tracks of their recent promo tape (‘Promo 21’) also being present on this album, we’ve already had a sneak peak and we knew what to expect. Still, here we go: Morbus Grave’s debut album.

It is great that the most noteworthy thing about this album is that these recordings hardly differ from the previous sessions. They are just as raw and raucous, or maybe even a little more so. This underlines once again that we are dealing with a real, authentic Old School Death Metal band. The Italians lump together everything they like about old Death Metal, resulting in something that’s halfway between the old records of Possessed, Slaughter, Grotesque, Nihilist, Merciless and Master, but above all it floats on a filthy thick layer of Autopsy. In fact, this flattens out well as a good mix of American and Swedish Death Metal, with a tasty thrashy slant. This is a mixture of styles that has been performed by 666 bands before, though some are better at approaching the authentic sound than others. In the (recent) past, for example, bands like Repugnant, Death Breath or Maim successfully put this style into practice, with the first two being particularly successful. Perhaps they are not (yet) of the level of the very best, Morbus Grave nestles firmly among the bands that bring this Old School style with verve, while also helping to put Italy better on the map of the Metal globe.