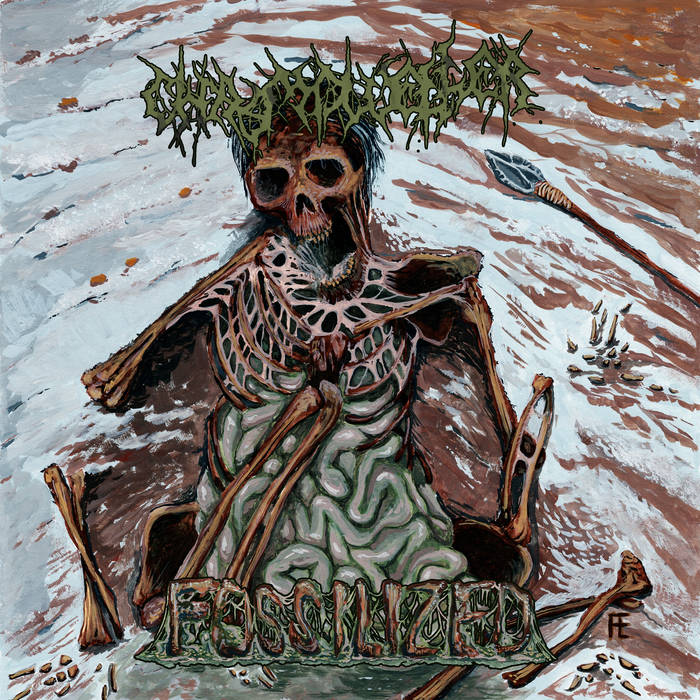 Having started out as Doom/Death Metal band, Chasmdweller developed into a full-on, hard hitting yet quite raw Death Metal of the filthiest kind. The band consists out of 2/3 of Iron Bonhead Productions releasing artists Malgöth and the two of them are current or former band members of bands like Chamber Of Farts (what’s in a name?), Anguish and Hate Cross.

Their Mortician-like, flat sounding Death Metal is as gory as it is unpolished, offering very little new, but it might be just enough for those rancid slobs out there who never seem to get enough of that greasy and blood-soaked Death Metal. It is as simple as you can get, but it is highly effective and while at it, it is not that bad either. The last few months I have heard a fair share of bands that share musical resemblances, but mostly are offering less interesting music. For instance, compared to a band like Pukewraith, the riffs and vocals of Chasmdweller are much better and the raw and murky sound adds to the overall experience – it even camouflage the somewhat digital sound. ‘Fossilized’, clocking just over the 20-minuet mark, is just a decent piece of gory Death Metal.