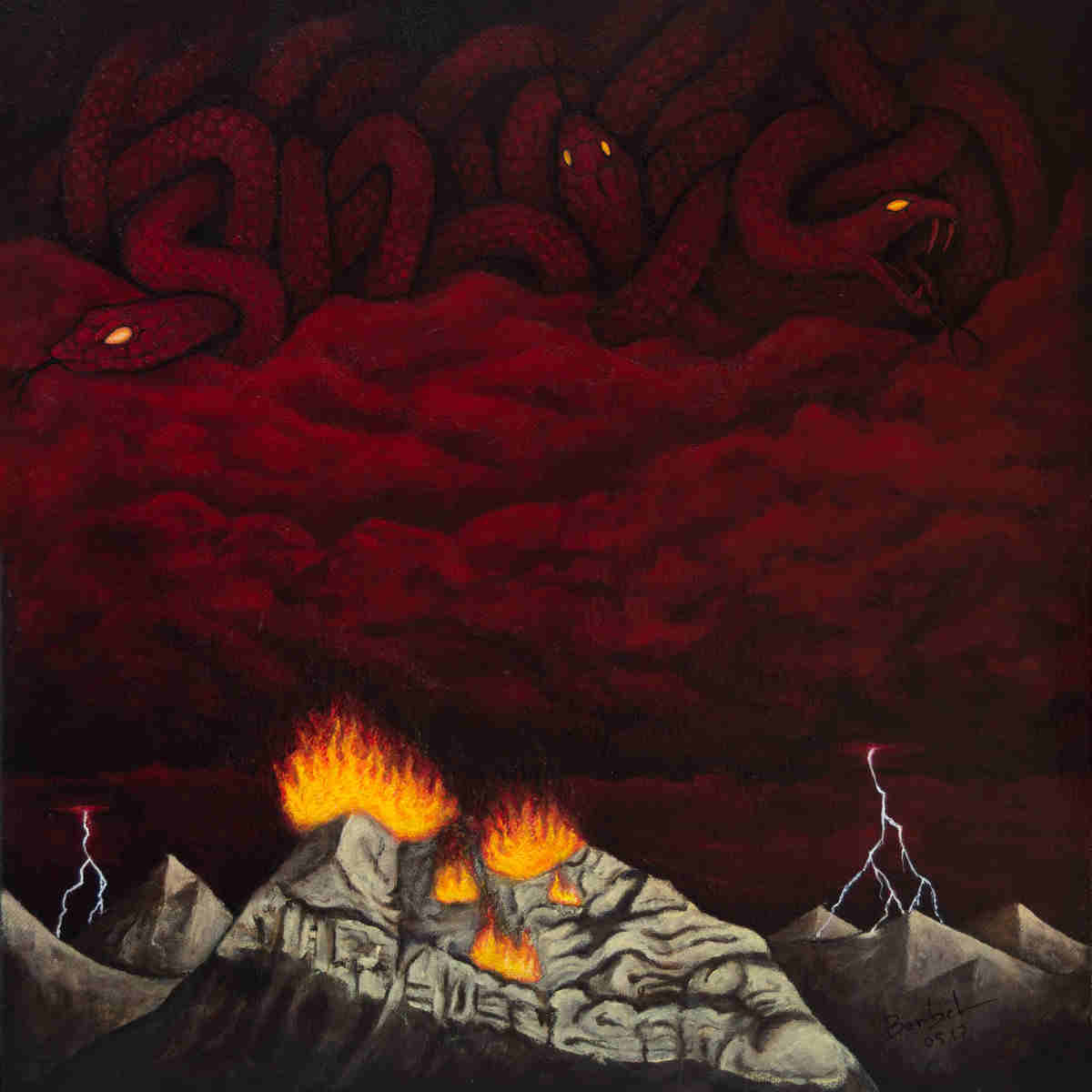 Although Epitaphe present themselves as Doomed Death , and rightfully so, their music has even more to it. With frequent and flowy changes of the atmosphere, in this music brought from heights of the French Alps we’ll hear multiple directions: Experimental, Black, Funeral Doom; citing Incantation, Esoteric and Portal as their influences. Not to bother with long and unnecessary subgenre labeling, it’d be most convenient to speak of it as Epitaphe’s personal image of intense, chaotic atmospheres and a nihilist point of view.

They released “Demo MMXVII” early 2018 by Chaos Records. Divided into three long tracks each being a follow-up of the previous one, the demo is bounded and conceived as a coherent, inseparable whole. The whole release works as a build-up of sonical entropy achieved trough masterful combinations of riff or tempo changes, from melancholic ambience to aggression that comes from chaos, creating an accumulation of sounds and happenings only to relentlessly cut them out, and featuring parts of effective repetitiveness that play with emotional impression and state of mind. It’s dynamics are hard to describe with words because there’s simply so much in the music: many layers that bring its structure to one magnificent piece.

Having said that, I must tell you that at first I didn’t think it was going to be this good, especially since the production is low. In particular the first song, “The Downward Stream” – it sounded dirty and out of touch, mostly on the drums, but only production-wise. It also sounds different than the other two and could not, if the demo were not concieved the way it is, work as an opener. But good news is that it has something that keeps you going with listening and, more importantly, that the same songs were retouched on their 2019 full-length called I which I’m also writing a review on to bring more detail. So don’t get me wrong: this stuff IS very good, and I recommend listening to the demo first.

Something I found interesting about this demo, don’t know if it was done on purpose though, were simple, raw, ugly parts on the verge of musical futurism. Very technical, operating sounding, their chaotic dissonance incorporated to the songs reminded me of simpler sounds such as engines, atmospheric static, train tracks, helicopters flying. Again, I don’t know if it was intentional, but I really liked both how it sounded and what it can be seen as in context of the release. Leave it to your own interpretation.

It’s one of those records that get to you for the most part once you’ve listened to the whole thing and leave you thinking about it until you snap out of the state of conciousness that music took you into. It’s a told tale, a momentous experiment of thought and feeling, and all in all, a talented band. (Lana)